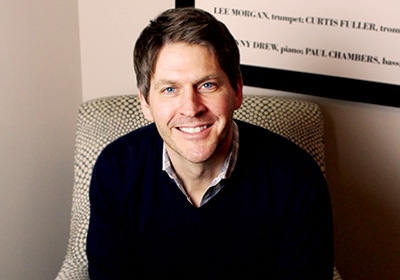 The Quest For Capital

Where can companies find money to grow?
By Burl Gilyard
July 01, 2016

Minnetronix got its start by working with other companies to help those firms design, engineer and manufacture medical devices. But now the company is also pursuing its own medical technologies and therapies.

Wellbeats produces and distributes fitness videos for health clubs and other clients that don’t have their own instructors. It closed on a $2.8 million Series B round of financing in the second quarter of 2015.

After getting beyond the embryonic “friends and family” fundraising stage, most entrepreneurs will have to start asking people they don’t know for money. Avenues for young companies include trying to attract angel investors or seed-stage venture capital financing. But it’s not just new companies that need money to grow. Later-stage companies may seek private equity at a key juncture for the company to spur expansion.

“Any entrepreneur will tell you that you’re always raising money,” says Don Smithmier, founder and CEO of Minneapolis-based The Big Know, a platform for online courses provided by companies that pay licensing fees. The company closed on a $3 million Series A financing round in December.

The Big Know was invented in 2014 and launched in 2015 under the umbrella of GoKart Labs, which has incubated several startups. Smithmier is also co-founder and CEO of GoKart. The Big Know raised $1 million through a convertible note, which Smithmier says was later converted to equity as part of the $3 million financing round. He says that The Big Know weighed a range of investors across the U.S., but that the round ultimately was led by Wayzata-based LFE Capital.

“The Series A round really helped us fill out our core team. It’s helping us accelerate our growth,” says Smithmier. “It just offsets operating losses in our first year or two as we’re building the business to scale.”

Jason Von Bank joined Maple Grove-based Wellbeats as CEO in January 2015 with an important charge from the company’s board of directors: Raise money. Wellbeats produces and distributes fitness videos for health clubs and other clients that don’t have their own instructors. Customers pay a subscription fee to download Wellbeats’ programming.

Von Bank says that the company—which began in 2008 as Fitness on Request—closed on a $2.8 million Series B round of financing in the second quarter of 2015. As with The Big Know, local LFE Capital led the financing round. He says that the financing was assembled primarily from firms that had previously backed the company: “They knew what we were doing, they endorsed the strategy,” says Von Bank.

He explains that the new financing is being used to add key staffers and continue refining the company’s technology.

LFE Capital founder Leslie Frecon says that her firm looks to invest growth equity into what she calls “second-stage companies” that need capital and outside expertise to grow.

“Our investment strategy focuses on health and wellness,” says Frecon, who is also managing partner of LFE Capital. “We serve an important segment. The angels and early-stage VCs are funding the launch of the business; we’re coming in after that and taking them to the next level.”

Founded four years ago, the Gopher Angels group does not have its own investment fund, but is a network of approximately 75 area angel investors. The investors within the network make their own decisions about whether to invest in a fledgling company. David Russick, managing director and founder of Gopher Angels, says that since its inception Gopher Angels members have invested $10.5 million in 28 companies, almost exclusively in Minnesota.

“The kind of businesses we’re looking for are potentially high-growth, scalable companies,” says Russick, noting that the investors do not focus on any particular industry sector. While the size of any deal might vary, Russick says that the average investment is in the range of $300,000 to $400,000. While the medical device industry long has been Minnesota’s dominant sector for drawing investment, Russick says that the current landscape of startups that he’s viewing is more diverse.

The emerging entrepreneurial environment includes companies like Minneapolis-based Kidizen, an online marketplace for parents to buy and sell children’s clothing that has been outgrown. The company was founded by two friends, Dori Graff and Mary Fallon, who began with little more than an idea. The pair tapped Dug Nichols, who brings experience in the Silicon Valley startup arena, as CEO in 2013.

“In the early days we financed the company by bootstrapping it: basically working side jobs to fund the habit, if you will,” says Nichols. At this point, the company has raised about $300,000 in financing from personal loans and $1.2 million in convertible notes. “That’s allowed us to grow our team,” says Nichols.

For young companies, preservation of capital can be just as important as raising money. In that spirit the company’s offices are currently located in CoCo’s co-working location in northeast Minneapolis. Landlords of traditional office spaces want tenants to sign long-term leases, a potentially dicey proposition for a young company.

“You don’t necessarily know at what pace you’re going to grow. A co-working space gives you a lot of flexibility,” says Nichols. “The community of people working in the environment are all on similar missions.”

Kidizen does not disclose its revenue, but Nichols says that the company is “very close” to being profitable.

Ryan Broshar founded Matchstick Ventures, a Minneapolis-based venture capital investment firm, in 2013 because he saw an imbalance between the local number of start-up entrepreneurs and investment money available to support those companies.

“I thought there was a large pool of amazing startups, mentors and entrepreneurs,” Broshar recalls. But the big field of new companies didn’t correlate to the amount of capital here, says Broshar, managing director of Matchstick Ventures, which began as Confluence Capital.

Matchstick focuses on technology-related companies, with investments generally in the range of $50,000 to $150,000. The company invests nationally, but about one-third of its portfolio consists of local companies, including Kidizen.

But it’s a very competitive business. Broshar says that Matchstick Ventures funds less than 5 percent of the companies that make pitches: “There’s never been a better time to be an entrepreneur because of the access to capital,” says Broshar. “But there are also more startups than there have ever been.”

Most new entrepreneurs believe that they have created a one-of-a-kind product or service that is destined for great success. But Broshar notes that potential investors have to look beyond the cool idea. One of the key components that Broshar examines when studying a company for a potential investment is the depth and quality of the management team.

“The team component is massive, particularly at an earlier stage,” says Broshar. “We know that they’re going to pivot. You have to really believe in the team and their ability to execute on that.”

Widening the investor base

After years of discussion, there’s now another new avenue open for companies to raise equity: crowdfunding. New rules from the U.S. Securities and Exchange Commission that took effect in mid-May allow companies to raise up to $1 million over a 12-month period. Anyone—not just accredited investors—can make crowdfunding investments in companies.

Since the new policies have just taken effect, it’s too early to gauge the pros and cons of equity crowdfunding for entrepreneurs and investors. There are numerous requirements that companies must meet to go through the process and there are limits to the total amount that any individual can invest through crowdfunding, depending on an investor’s net worth. The maximum amount for any investor over a 12-month period is $100,000.

An overview of crowdfunding from the SEC underscores that potential investors need to be aware of the risks: “Investments in startups and early-stage ventures are speculative, and these enterprises often fail. Unlike an investment in a mature business where there is a track record of revenue and income, the success of a startup or early-stage venture often relies on the development of a new product or service that may or may not find a market. You should be able to afford and be prepared to lose your entire investment.”

There isn’t enough early-stage capital, says Dan Tenenbaum, principal and co-chair of the Entrepreneurial Services Group for the Minneapolis-based Gray Plant Mooty law firm. “As a lawyer who for a living works with clients who are raising private capital early in their business, it’s one more tool in their toolkit,” he notes.

But given the complexities and requirements involved, Tenenbaum says that equity crowdfunding may only appeal to a “narrow universe” of companies as an avenue for fundraising.

St. Paul-based Minnetronix Inc. is no startup. Founded in 1996, it has now been in business for two decades. But the company tapped Phil Ankeny as its CFO in 2013 with an eye toward evaluating whether to seek outside capital, something that the company had never done before.

“One of the reasons that I was recruited to the company was to help think that through. ‘Do we want to bring in outside capital, and if so, how do we get that done?’ ” says Ankeny.

Minnetronix got its start by working with other companies to help those firms design, engineer and manufacture medical devices. But now the company is also pursuing its own proprietary medical technologies and therapies.

“We looked and considered some more debt-like structures; at the end of the day we didn’t think that was the right balance for where we’re going,” recalls Ankeny.

As company leaders weighed options, Ankeny says that the decision was made to only shop a minority investment in the company. That immediately ruled out many investors who look to buy controlling stakes. One advantage for Minnetronix during the process was that the company did not absolutely have to do a deal.

“When investors know that you need the money, they have some degree of leverage,” says Ankeny. “Technically we didn’t need money, which means that we could be very choosy in terms of what kind of capital we brought on board. It took a while to find the right partner.”

In January, Minnetronix announced that New York-based Altaris Capital Partners invested $20 million for an undisclosed minority stake in the company, which posted revenues of more than $60 million for 2015.

“I would characterize it as growth equity,” says Ankeny. “This is really more equity that’s aimed at helping a company grow.”

Minneapolis-based Norwest Equity Partners is the oldest private equity company in Minnesota. Norwest Equity looks to buy majority stakes in companies that have carved out a market niche and typically have revenue of $50 million to $500 million.

“I think what we really look for is what I would call good business models: a company that has developed products and services that really are important to their customers, their markets,” says Tim DeVries, managing general partner with Norwest Equity Partners. “These companies have a significant advantage: something that they do extremely well.”

DeVries says that many of these companies have been built around the ideas, drive and personality of a CEO with a strong vision. But the company perhaps doesn’t have enough hands on deck to shore up other areas of the business that are not within the CEO’s expertise. That’s where Norwest Equity comes in, bringing both money and mentorship.

“A lot of these companies will do one thing extraordinarily well, and they’ll be driven by the entrepreneur who has been the driving force. Where we can be of great assistance is shoring up a number of those other areas,” says DeVries. “We understand how to scale a business.”