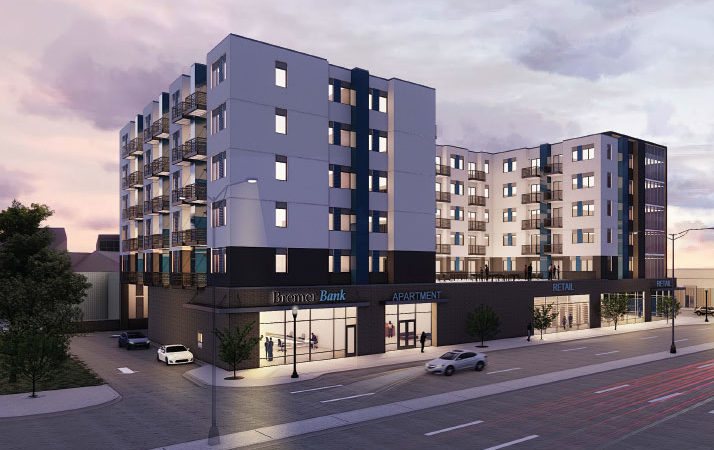 This rendering is of a mixed-use project that Wellington Management plans to develop on Snelling Avenue in St. Paul.

The Opportunity Zone Program Changes the Tax Game with Incentives

When the federal Tax Cuts and Jobs Act was passed in late 2017, the two words most people focused on were “tax cuts.” But the tax code update included two other words of great interest to commercial real estate developers and investors: “opportunity zone.”

The opportunity zone program is an economic development tool designed to draw new investments to economically distressed areas and communities. The newly created opportunity zones are intended to lure investors through tax incentives provided by the program.

States submitted nominations for the zones, which had to be approved by the Department of the Treasury. There are a total of 8,764 designated opportunity zones across all 50 states, the District of Columbia, and five U.S. territories.

States with larger populations have more zones: California, for example, has 879 opportunity zones. There are 128 opportunity zones in Minnesota, spread across the state. About a third of Minnesota’s zones are in its core metro counties, with 25 in Hennepin County and 19 in Ramsey County. St. Louis County, which includes Duluth and the Iron Range, has nine zones. Olmsted County, home to the Mayo Clinic-anchored Rochester, has just two opportunity zones. 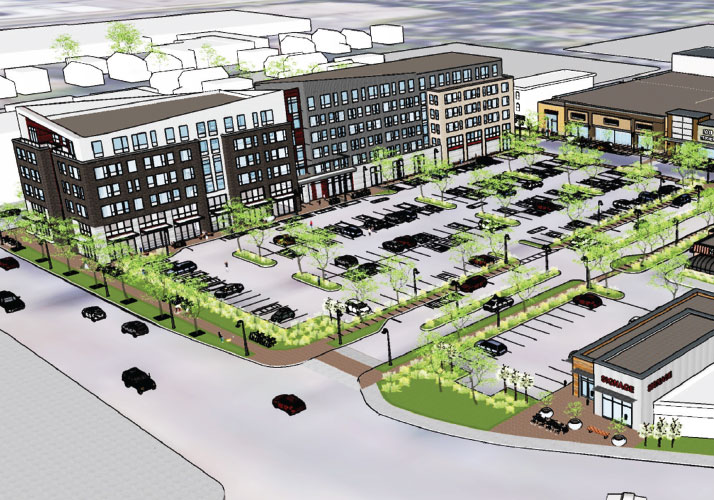 So far there aren’t many opportunity zone projects underway in Minnesota. Developers and investors are still trying to sort out how the theory will work in practice. The proposed regulations released last fall were only partial guidance. Everyone is waiting for another update to provide more clarity.

But many developers have plans in the pipeline that they hope will meet the criteria.

“We have 12 properties in opportunity zones,” says David Wellington, executive vice president with St. Paul-based developer Wellington Management Inc., adding that Wellington is pursuing 11 additional development projects in opportunity zones. “We’re looking at between three and five transactions that will take advantage of the program here in the next 12 to 18 months.”

“We’re operating in areas that tend to have some challenges. They were all in the pipeline already,” Wellington says. “I think that the program was intended to drive investment and institutional capital into neighborhoods that have not seen a bunch of investment from the capital markets.”

Wellington says that his company’s potential opportunity zone developments include housing projects near the new soccer stadium in St. Paul’s Midway neighborhood and in the parking lot of a former Rainbow Foods grocery store near the intersection of Lake Street and Hiawatha Avenue in south Minneapolis.

“Those are all fairly significant impacts from a return standpoint,” Wellington says.

After crunching the numbers, Wellington found that using the opportunity zone provisions could boost a project’s internal rate of return in the range of 2.5 percent to 5 percent.

Wellington hopes to draw investors to funds established to back its opportunity zone projects.

‘Flying in the dark’

But Wellington adds that they are still waiting for additional guidance from the IRS. “Across the board, there has been frustration,” Wellington says. “Everybody’s flying in the dark.” Some investment strategists are putting together large opportunity zone funds to take advantage of the tax benefit. In November, The Wall Street Journal reported that at least 43 funds were looking to raise $8.9 billion. In January, it reported that the government shutdown was stalling deals as investors awaited further guidance from the Treasury Department to more explicitly explain how the tax breaks will work.

“There’s a ton of interest but there are also a number of questions,” says Lara Page, a partner in the tax credit and incentive finance group of Kansas City-based Stinson Leonard Street, a law firm with a large Minneapolis office. “There are still questions about how, as a practical matter, things will work.”

Page says that she knows of several funds being assembled with plans to make investments in opportunity zone deals. “There are managers out there who are already soliciting interest from investors, people with capital gains,” Page says. “I am aware of several funds that have been set up” in anticipation of project investments.

A sweetener, not a driver

“I see this as a sweetener, a way of filling a gap in a budget rather than being a driver of a development’s budget,” Page says.

Roseville-based McGough is under construction on an opportunity zone building. In October, McGough Construction started building The Fenley, which will have 402 apartment units at its Bloomington Central Station site.

“I think that is the expectation, but we’re not clear on how those will work together,” Page says, of combining opportunity zone investments with tax credit programs.

Roseville-based McGough Development is one of the few local companies that is already under construction on an opportunity zone building. In October, McGough Construction started building The Fenley, which will have 402 apartment units at its Bloomington Central Station site near the Mall of America. McGough has been constructing projects in stages on the 50-acre site for more than a decade.

Mark Fabel, McGough executive vice president, says that both McGough and its equity partner invested capital gains in a fund to develop the project. “Our partnership is considering holding [the investment] for the 10-year period to get the full benefit of the opportunity zone,” he says.

For McGough, each opportunity zone development would have its own fund, he says. “We’re looking at it on a more project-by-project basis,” Fabel says.

Some have wondered how land near the Mall of America wound up on the state’s list of distressed areas. Fabel says that McGough was not lobbying for its inclusion. “We weren’t aware that it was being considered by the state,” says Fabel, who adds that the firm only learned of it when it was officially designated.

Developers and advisors note that investors still need to look at a property’s underlying value, tax incentives notwithstanding.

“The opportunity zone provisions are not going to make a bad real estate investment a good one,” says Perry McGowan, a tax advisor in the construction and real estate group for Minneapolis-based CliftonLarsonAllen, an accounting firm with 120 offices nationwide.

Opportunity zones currently don’t offer a break on Minnesota state taxes because the state tax code has not been brought into conformance with federal law, McGowan notes. But he is recommending that clients take advantage of the program.

“The real win is in picking those real estate investments today that are going to be able to highly appreciate over the long term,” McGowan says.

Not everyone is sold on opportunity zones, however. Veteran developer Scott Tankenoff, managing partner of Minneapolis-based Hillcrest Development, recently decided not to pursue the tax benefits for a property his firm acquired in the Midway area of St. Paul.

After running the numbers, “I was able to determine that the juice wasn’t worth the squeeze,” Tankenoff says.

Hillcrest plans to renovate the 300,000-square-foot property for a mix of warehouse and light industrial space with offices tailored to draw “creative class” businesses.

Tankenoff says he was concerned about the lack of a break on Minnesota taxes and lingering questions about the opportunity zone provisions.

“It’s new legislation and they’ve clarified it, but I expect there will be more clarification,” he says. “Until then, that makes me reticent to go forward.”

Minnesota native Cody Evans, a graduate student at Stanford University, has been studying the opportunity zones. Last summer he drove around the state to see Minnesota’s opportunity zones firsthand. Evans notes that the larger purpose of the program isn’t just to create some tax breaks.

“The investors are only half of this equation; the other half is the communities,” Evans says. “How do we direct it toward the activities that we want to see it flow?”

Evans says community leaders and agencies can do long-range planning work without final guidance from the IRS.

“What we’d like to be able to do is direct investment to areas that really need it,” says Marie Franchett, opportunity zones manager for St. Paul’s Department of Planning and Economic Development (PED). “There are possible areas that have high potential. One would be the Midway around the [soccer] stadium, the other would be any potential development on the Sears site” near the State Capitol, says Bruce Corrie, director of St. Paul’s PED department. “It could be one more tool in our toolkit.”

Franchett says the city is “looking for investors that are interested in doing social impact investing” to take an interest in opportunity zone projects.

Says Franchett, “The use of this tool will be most beneficial if we have investors who are motivated by more than just making a return.”