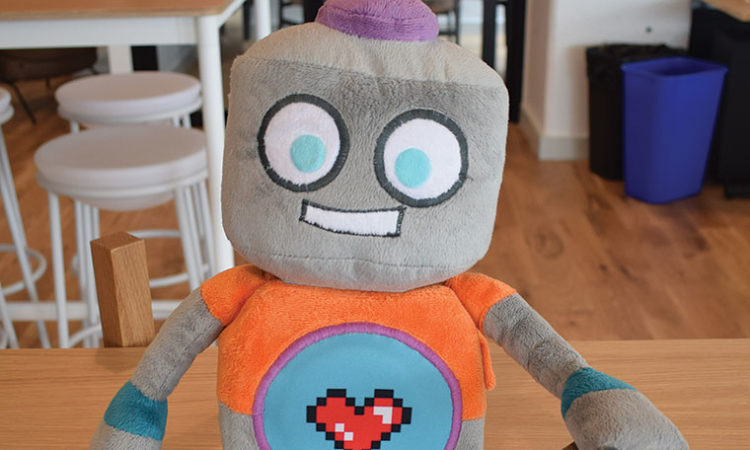 The Newest Preschool Teacher Is a Robot

Your child’s new teacher participates in complex conversations but doesn’t have a race, gender, or any noncognitive character skills.

That’s because it’s a robot.

This plush, voice-interactive tech tool is the brainchild of Twin Cities entrepreneur and early-childhood development researcher DeLonn Crosby. It runs on Crosby’s educational software called SayKid and is designed to help children develop those difficult-to-teach skills like empathy, creativity, and persistence.

Operated on Amazon’s Alexa Voice Service, the SayKid robot prompts the user to help it understand intangible concepts through games and conversation. By answering the robot’s questions and helping identify its differences, kids are “teaching” the robot (which doesn’t naturally have feelings and asks for help understanding what feelings are like) while thinking through what it means to be empathetic.

Kids don’t even realize they’re learning, Crosby says. As he points out, noncognitive skills—largely related to things like attitude and interpersonal communication—are some of the most important skills children can develop and are the biggest predictors of later behavior and success.

“I think empathy is the biggest challenge that we have in our country,” Crosby says. “The root of empathy is perspective, and the best way to build it is by being around kids that are different from you.” However, that can be difficult on a practical level, he says.

The foundation for these social and emotional skills is often laid in preschool. Crosby is targeting kids who don’t have access to early education. According to the National Center for Education Statistics, only 42 percent of 3-year-olds and 66 percent of 4-year-olds in the U.S. receive preprimary education.

The SayKid robot was tested in 15 local classrooms this year, as well as in a number of private homes and with teacher focus groups and education curriculum companies, and it’s about to embark on a pilot program with national chain New Horizon Academy Child Care & Early Education.

Crosby plans to release the product publicly by the end of the year and sell it at a price that he says the average parent can afford. He is also toying with the idea of a “buy one, give one” program to help reach more kids. To learn more, visit saykid.com.