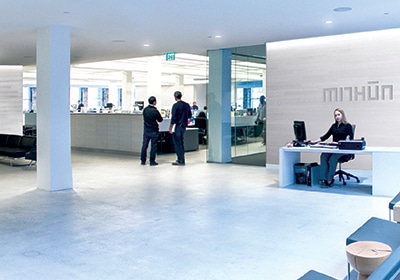 The Name Game: For Local Cos., Less Means More

What’s in a company name? In a time when people have so little time to talk they’ve started abbreviating phrases—LOL, BFF, IMHO—there appears to a trend afoot to simplify brand names to a single word.

In November, the venerable Minneapolis-based Campbell Mithun streamlined to Mithun. The firm was founded in 1933 by Ray Mithun and Ralph Campbell. The company was known by the lengthier Campbell Mithun Esty from 1988 until 2000. Ray Mithun died in 1998.

“It was less about getting to a single name and more about leaning into kind of the legendary reputation of Ray Mithun,” says Rob Buchner, Mithun CEO. Buchner says that the ad agency is following the advice it would give to its own clients while honoring Mithun’s memory: “He believed that ‘Everything talks.’ . . . Everything that a brand does talks.” Law firms are getting into the act as well. Heritage Minneapolis firm Maslon Edelman Borman & Brand became Maslon on Jan. 1.

One is apparently not the loneliest number. Years ago Fallon McElligott perhaps began the trend when it became Fallon. In April 2014, the Minneapolis-based Carmichael Lynch Spong public relations tossed the first two words of its name out the window after more than two decades, opting for brevity under the banner of Spong.

“Particularly, creative agencies and PR agencies have gotten away from sounding like a law firm. We don’t have this string of names like we used to. We’re not law firms—we’re in the branding business,” says Doug Spong, founder and president of the eponymous agency. “You’ve got to tend to your own brand first and foremost.”

Buchner and Spong both said that the name changes of their respective firms were in the works for at least a year. Both Mithun and Spong are owned by a company with a less than concise appellation: the New York-based Interpublic Group of Companies Inc., a $7 billion global marketing and advertising conglomerate. The Carmichael Lynch advertising agency, a separate business from Spong, is also owned by Interpublic.

Spong says new business is up for his agency, which has 60 employees, and that the new name has prompted some people to take another look at the firm.

“Brands are like homes,” says Spong. “Over time they need to be refreshed a little bit.”