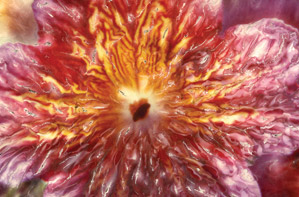 “The Last Polaroid Show” That Wasn’t

But not for long.

Petters Group Worldwide acquired the Polaroid Holding Company in 2005 and repositioned it as a maker of digital cameras and other electronics. Instant film production was halted in 2008—and then so was Petters’ Ponzi scheme. Polaroid filed for bankruptcy that December.

Last June, PLR IP Holdings, the joint venture of Boston and Toronto private equity firms that now owns the Polaroid brand, signed a licensing agreement with Utah’s Summit Global Group to make and sell Polaroid-brand products, including traditional instant cameras. Summit then enlisted the Impossible Project—a crew of analog film enthusiasts and former Polaroid employees—to make instant film. The Impossible group had acquired a Polaroid plant in the Netherlands, but had to develop new chemical processes to replace proprietary ones that were lost.

In February, they expected to release black-and-white film. By midyear, they plan to launch Polaroid Color 600 film—compatible with Roberts and Rouleau’s vintage cameras.