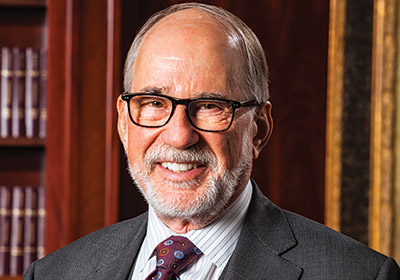 The Lake Formerly Known as Calhoun

As a teenager growing up in the wild suburbs of St. Paul, it was a summer rite of passage when one got their driver’s license (at the age of 15!) to take a car full of buddies, and hopefully girls, to Lake Calhoun. I remember being curious why the lake was so named. A concessionaire explained that the lake was named after Captain Calhoun, who had been a famous merchant sailor during the time of big sailboats; hence the main focal point of the lake was marked with a large mast, a furled sail and a large captain’s wheel.

As it turns out, that story is completely false and completely undermines my trust in hot-dog vendors as a source of historical truth. But there is this one bit of coincident truth in the story—John C. Calhoun, for whom the lake was apparently named, never actually visited the lake, or for that matter, the state of Minnesota. Apparently, Secretary of War Calhoun sent a surveyor to map the area around Fort Snelling in 1817, and that surveyor named the lake after his boss.

The original residents of the area, Native Americans, having never heard of John C. Calhoun, had a different name for the lake. A Dakota language teaching specialist at the University of Minnesota, Wayne Bendickson, has stated that the lake was originally called Boza Bde (Loon Lake) or Bde Maka Ska (as the Minneapolis Park Board spells it). The latter name means “Lake of White Earth,” apparently referring to the sandy white beaches for which the lake was known.

In the last year there have been numerous nationwide efforts to change names usually associated with slavery (Calhoun) or to abolish slurs directed at Native Americans. Colleges have changed mascots. And while some said that the mountains would move before the University of North Dakota would change its team name (Fighting Sioux), in fact the university did change the name, and a mountain, Mount McKinley, had its name changed to Denali, the term used by Native Americans in that region. So names can be changed.

And it can be noted that Minnesota is not resistant to using Native American words in its geographic lexicon; Mississippi, Minnesota, Minneapolis, Wayzata, and countless other well-known names all have Native American origins. So why change now?

John C. Calhoun had absolutely no connection to the state. He died eight years before Minnesota became a state and 10 years before the Civil War, for which he is sometimes blamed. It’s a cipher, a silly happenstance born of an unimaginative surveyor.

In an effort to resolve this controversy, the park board has started to erect signs for Bde Maka Ska under the Calhoun name. This, too, is unsatisfactory. For one thing, very few people will ever know what “Bde Maka Ska” means or stands for. That’s not totally disqualifying, given that very few people likely know what “Calhoun” stands for. But at least Calhoun is pronounceable, and Bde Maka Ska is not. And therein lies the major difficulty. Brand names to convey value must be memorable and pronounceable. Bde Maka Ska is neither.

Prince chose to develop his music and the associated businesses in the Twin Cities community. Many in this area owe their employment, or at least acts of generosity and kindness, to Prince. It was not at all uncommon to find him at the Electric Fetus, First Avenue or the Dakota jazz club. Some residents of Chanhassen were startled to find him at their door on Sunday proselytizing for Jehovah’s Witnesses. He was an integral part of this community, and as such, helped raise Minneapolis to national musical prominence. Unlike Bob Dylan, who left and found fame in Greenwich Village, Prince found it here at home.

And what music he developed at home. He has sold more than 100 million records worldwide, becoming one of the best-selling artists of all time. He won seven Grammy Awards, a Golden Globe, and an Academy Award for the film Purple Rain (also set in Minneapolis). Rolling Stone ranked Prince No. 27 on its list of 100 greatest artists. In 2015, Billboard Magazine judged Prince’s performance at the 2007 Super Bowl to be the greatest Super Bowl performance of all time. It would be a tone-deaf and unusual citizen of this region who did not recognize a Prince song.

Commissioner Landwehr, think of it: Lake Prince—a fitting tribute to an individual who deserves a fitting tribute. And at the same time, removing a silly name that we should have changed years ago. Instead of trying to dye the lake green for St. Patrick’s Day, we could dye it purple on Prince’s birthday, June 7. Lake Prince could be the center of musical festivals. Time to make the change, Commissioner.

And one more thing. That first summer that I completed my rite of passage by driving to Lake Calhoun, the most impressive car I saw slowly driving around the beach was a red Corvette.