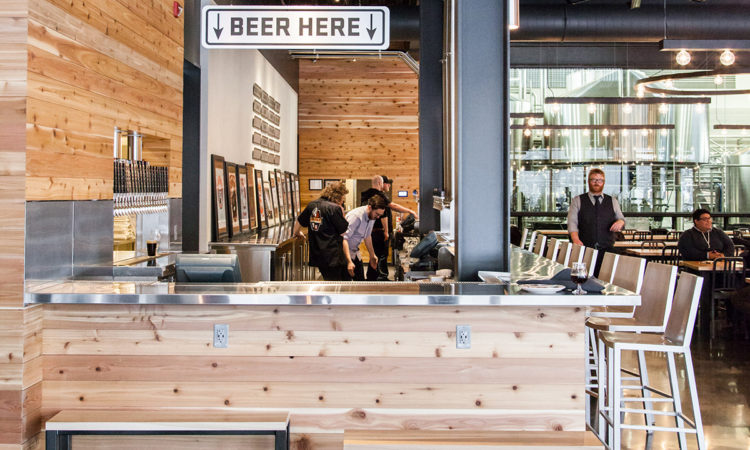 Seemingly out of the blue, a new labor movement has emerged in the Twin Cities’ hospitality industry. Late last month, Tattersall Distillery became the first craft distillery in the nation with a unionized labor force. Shortly thereafter, a group of Spyhouse Coffee workers announced their intent to organize. This week, beer hall workers at Surly Brewing Co. also notified management of their plan to form a union. Where did all this come from?

For those who’ve paid close attention to labor over the years, the push toward unionization comes as no surprise. Peter Rachleff, co-executive director of the East Side Freedom Library in St. Paul and retired history professor at Macalester College, says there have been a few recent developments that galvanized the movement.

First, there was the fight over the minimum wage. When Minneapolis and St. Paul approved a scaled approach to a $15 an hour minimum wage, bar and restaurant owners sought an exclusion from the requirement, on the grounds that tipped employees ended up going home with more money than their actual hourly pay. The quest for exclusion wasn’t successful, but it sparked new conversations about wages among hospitality workers.

“That energized workers in the industry,” Rachleff says. “They began much more conversations … about compensation, and about how to impact their compensation in a positive way. That was sort of the first step.”

Next, there was a changing of the guard at the Unite Here Local 17 union. A new class of leaders were voted in, and they committed to organizing non-union workplaces, Rachleff says. (Tattersall workers joined Unite Here, and Spyhouse and Surly workers hope to do the same.)

Along with being more “activist-oriented,” the union’s new leadership was younger and more diverse in terms of race and gender, Rachleff notes.

Finally, and perhaps unsurprisingly, the coronavirus pandemic has put more pressure on workplaces to keep workers safe. That, coupled with a renewed push for racial equality, is compelling more workers to think about unionizing. Civil rights movements have, historically, generally led to more attempts at unionization, Rachleff says.

“The civil rights movement of the ‘60s played a big part in the emergence both of a women’s movement in ‘70s and an energized labor movement in first half of the ‘70s,” he says. “There is a heightened discourse around social justice today.”

And workers aren’t simply asking for higher pay. At Spyhouse, for instance, employees are asking for “racial equity and a commitment to diversity.” They’re also demanding safer working conditions during the pandemic.

Sheigh Freeberg, secretary treasurer at Unite Here Local 17, says the recent attempts at unionization “are the tip of the iceberg.”

“Stay tuned because I think the service industry is changing for the better,” he says. “There’s more to come.”

Pre-Covid, the Local 17 represented about 6,000 workers in the hospitality industry. Of course, that figure has changed quite a bit since the pandemic decimated the industry.

In Freeberg’s view, the new push toward unionizing comes from a mix of longstanding issues and recent developments.

Though Tattersall workers have successfully voted to unionize, the future is less clear for Surly. On Wednesday, the brewery announced that it would be closing its beer hall “indefinitely” starting Nov. 2. That announcement came just two days after beer hall workers approached management with plans to unionize.

In a statement on the brewery’s website, Surly officials acknowledge that the timing of the announcement is “not ideal,” but that plans to close the beer hall had been in the works “weeks ago.”

“We respect [employees’] decision to turn to an outside organization for representation and will continue the dialogue,” Surly officials said.

Freeberg calls the decision to close the beer hall a “clearly illegal and disgusting act intended to intimidate and retaliate against the employees for forming a union.”

“Up until Monday, the employer let the employees know the intention was to stay open over winter,” he says. “We have filed an unfair labor practice charge and will fight this as hard as possible.”

Whether Surly workers ultimately join a union, there will likely be several more unionization attempts down the road, especially as the pandemic rages on.