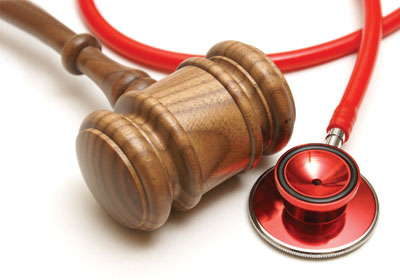 Attorneys are helping providers and others navigate the changing health care landscape.
March 09, 2013

So says Margo Struthers, a partner specializing in health care law at the Oppenheimer Wolff & Donnelly law firm in Minneapolis. Now that President Obama has been re-elected and the Patient Protection and Affordable Care Act (popularly known as Obamacare) is unlikely to be repealed, Struthers expects a significant impact on her work.

For example, section 6002 of the reform act, the Physician Payment Sunshine Act, requires pharmaceutical and medical device companies to report transfers of money or other items of value to physicians and teaching hospitals. All of the information will go on a public website run by the Department of Health and Human Services—final rules are expected soon which will specify when reporting will be due. Not only are health care companies scrambling to put together reporting systems, they’re also consulting with their lawyers to figure out whether it’s worth doing certain reportable actions in the first place, and establishing policies and procedures accordingly.

That’s the sort of thing health care lawyers spend a lot of time on: consulting with their clients to interpret new regulations, translate those regs into policies and procedures, and advise them on overall strategies that will support a profitability model while maintaining compliance.

The Patient Protection and Affordable Care Act brings with it significant regulatory changes, which will translate into a cascade of legal activity. But in many ways, it simply codifies the moves the market is already making. Just as Minnesota was at the forefront of the creation of HMOs in the 1980s, the state is currently a leader in the move toward ACOs, or accountable care organizations. ACOs are groups of coordinated health care providers that work together to serve a population of patients. They tie provider reimbursements to quality of care and reductions in total cost of care, rather than just reimbursing for procedures.

Paul Torgerson, a partner at Dorsey & Whitney, LLP, a law firm based in Minneapolis, says that while Obamacare requires the creation of ACOs for the Medicare population, the private health care market had already started moving in that direction.

“There are a lot of market drivers pushing organizations to explore these same ideas in the commercial context,” he says. “And my own experience is that the commercial payers are at least as much, if not more, the driver [of] these ideas as the governmental stuff is. So I don’t attribute much of the work to Obamacare per se. There’s a lot going on, but it’s the sort of thing that I think would be going on, sort of regardless of what’s happening on that front.”

Work related to ACOs tends to fall into two main buckets: transactional work and compliance work. That’s not a change from the usual fare; these are the two main areas in which health care lawyers spend their time anyway.

For Keith Halleland, founder of Minneapolis law and consulting firm Halleland Habicht, the advent of ACOs has meant hours at the Minnesota Capitol, working with the Legislature and regulatory agencies to influence or be involved in the creation of ACO-related laws. But much of the work has been more prosaic. It is transactional work for health care providers, payers, and other entities—basically, contract law.

“We can help them put together the deal if they need to merge with providers or need to do something else to form an ACO,” he says. “And then we do kind of the day-to-day health law stuff, like do the contracts between the health plan and the providers, and the new contracts within the ACO.”

“A lot of what we’re doing would be considered kind of corporate law,” concurs Jennifer Reedstrom Bishop, a principal at Minneapolis-based firm Gray Plant Mooty. “There’s a lot of merger and acquisition work that happens in the health care provider side in particular right now. We work with hospitals in setting up ACOs. We represent physicians in looking at what those ACO documents look like, what type of financial risk it is going to entail for them, the type of governance. Some are opt-in, which means they are required to opt into the payer contracts that are negotiated by the ACOs. Some are optional, so that you don’t have to take the payer contracts. So there are a lot of subtleties around them.”

Currently, she says, her firm is one of several that are working on a large and public merger between HealthPartners and Park Nicollet. Halleland has been quoted in the Star Tribune as saying that the merger “is about provider consolidation—which is going to be a trend in this era of health reform. Providers are going to need to provide a greater level of care and a greater breadth of services to [the] people of Minnesota, period, regardless of what health condition they have.”

But one thing that makes these transactions different from similar transactions in other fields is that the new entities and partnerships are subject to health care regulations. Jay Christiansen, a partner at the Faegre Baker Daniels law firm in Minneapolis, says there’s a lot of interesting legal work to be done trying to harmonize the regulatory structure with changes in the way health care is delivered and paid for.

“The whole theory behind accountable care organizations is, basically, if you can help us save money by coordinating the care of individuals and working together as a team, we’re going to share with you, the provider, some of the savings that we as the payer have,” he says. “That all makes sense, but then when you look at the regulatory restrictions, you find lots of things that talk about a prohibition on certain kinds of relationships among referral sources. It’s illegal for a hospital and a doctor to come together and say, ‘If you send me all your referrals, I’ll do this for you.’ The lines get blurred when you’re trying to say, ‘The best way for us to make sure that our care is really coordinated effectively is to make sure that we keep all of the care within this group of people who are committed to working together.’”

Christiansen says when accountable care organizations were adopted as part of the reform act, it spawned a bunch of regulatory proposals to exempt ACOs from some of those regulations. Health lawyers must advise both regulators and their clients on the implications of the current laws and proposed changes in regard to the consolidation of health care organizations.

“So there’s that constant tension of having the regulatory environment of the past coexist and support the new payment structures and incentives of the future,” Christiansen says. “We worry about it. And we try to help.”

Indeed, the regulatory sphere is where health care organizations most acutely need the help of health care lawyers. Most of the larger providers and insurers have their own in-house counsel; but they still often call in specialists to make sure they don’t run afoul of ever-changing fraud and abuse rules.

“When you get 2,000 pages of regulation on a specific little topic, if you’re not trying to be an expert in that topic, you’re not going to have all the answers,” Torgerson says.

Bishop says when people talk about health care regulations, they generally mean the Medicare rules that the federal government imposes. But in most cases, private payer plans require compliance with Medicare rules, so those rules drive the legal structure. Which means there are questions to be answered about every conceivable activity.

“We’ll have clients calling and saying, ‘We have radiologists who are doing reads sometimes from home and sometimes from the office. Can they bill for it if they’re doing it from home?’” Bishop says. “Or if we’re doing, for example, a contract between a physician group and a hospital for emergency room coverage, a key part of that agreement will be compliance with, in particular, the federal anti-kickback rules and the Stark law [a limitation on certain physician referrals]. You have to make sure the compensation terms are within these very narrow parameters of what the government thinks is fair market value. The methodology of how you get paid can’t be construed as getting paid for ‘referrals,’ which is what the anti-kickback rules prohibit. And then if you have physician-owners, there are lots of specific rules about what type of financial arrangements can happen between the physician group that maybe owns a piece of imaging equipment—how that has to be structured.”

Has the Patient Protection and Affordable Care Act lit up lawyers’ desks with new fraud and abuse work? Not so far, lawyers say. The law does cite fraud reduction as a source of funding, but, says Torgerson, that’s mainly the sort of really egregious fraud you’d see on 60 Minutes. It has little to do with the day-to-day compliance work most health care lawyers do.

Mostly, Bishop says, compliance work comes in fairly regular waves. Every July, the government sends out a new physicians’ fee schedule (PFS) that sets payment amounts for tests, procedures, and office visits. But sometimes the PFS includes major regulatory changes, which then have to be followed up with changes in corporate compliance plans.

“That’s kind of the bread and butter of a lot of what we do from a regulatory standpoint, that the government is always tweaking the law,” Bishop says.

One area of compliance that Obamacare may affect significantly, however, is the set of rules that have to do with privacy and electronic records. “To get at all these efficiencies we’re talking about, and the seamless patient experience and all of that, a critical feature is the availability of information at every step in the process,” Torgerson says. “So there’s just a tremendous amount of work going into the electronic health record structure, system, privacy, design. All of that is just essential to doing all of this work. If you’re going to be successful at integrating care within independent organizations, you have to have solved those [questions of] how to move data without creating privacy issues.”

Halleland says the big movement now is to create coordinated regional or statewide health information exchanges, or HIEs, so that every doctor who sees a Medicaid patient can access the patient’s record from anywhere. This creates a number of privacy issues, but it also creates interesting legal work, and should continue to do so for the foreseeable future.

“There’s a 12-county group in southwestern Minnesota called Southern Prairie Community Care,” Halleland says. “They are working with around 300 doctors in their service area [to create] basically an ACO for all the Medicaid enrollees in those 12 counties. They want to put together a common HIE for those 12 counties. So what we’re doing, through our consulting arm, is assessing who’s out there that can provide that product for them, at what cost, and at what quality. It’s pretty cool stuff.”