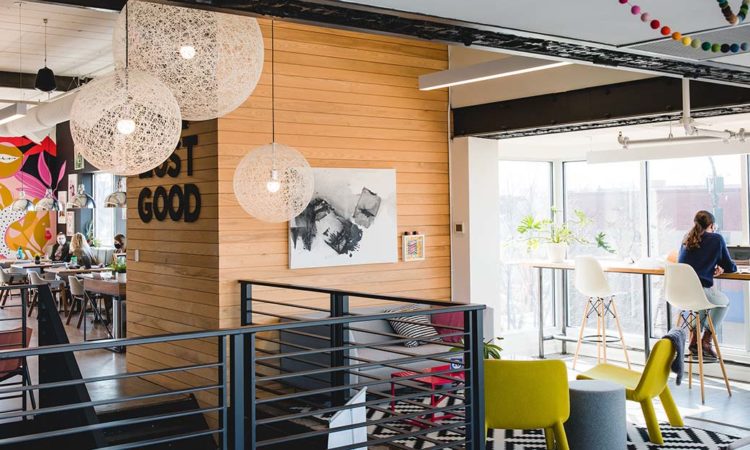 The Coven, the women- and trans-focused coworking space in Minneapolis and St. Paul, this week will begin providing primary care access for its members.

For $30 a month, Coven members can meet with primary care providers through Roseville-based Nice Healthcare. The service, which is also available for members’ dependents, covers routine medical needs, such as labs, x-rays, and prescriptions. Members won’t need to leave their homes for many services: Nice providers can meet patients virtually or make home visits.

The Coven’s founders say the offering is the first of its kind at a U.S. coworking space.

Alex West Steinman, cofounder and partner of The Coven, acknowledges that the offering isn’t a substitute for standard health insurance; the service doesn’t cover hospitalizations, surgeries, or other more complicated procedures. But she sees it as a small step toward “democratizing health care.”

“We talked about health care for members back when we started thinking about the Coven,” she said in a Tuesday morning interview. “That was one of the first offerings we wanted, but the system is extremely complicated, and there are a lot of rules around what you can and cannot do.”

Steinman says that about half of Coven’s members are entrepreneurs or freelancers. Providing them with quick access to primary care was a “no-brainer,” she says. “Health care access has really been tied to your place of work. But a lot of people aren’t working at a ‘place’ anymore,” Steinman says. “More and more people are freelancing or starting their own business. We have to look at where people can get affordable and accessible health care.”

Still, the Nice option isn’t designed to totally supplant members’ existing health plans. Steinman says it’s a “robust option that would live in tandem with folks’ existing insurance, and hopefully save them time and money.”

The Coven, which was founded in 2017, operates two coworking spaces: one in Minneapolis and one in St. Paul. The company currently counts about 1,000 members between the two spaces, Steinman says.

Counter to the often male-dominated coworking industry, Coven’s spaces are designed to accommodate the needs of women, trans, and nonbinary folks. Steinman says the company’s events and programming tend to cater toward that demographic, but the spaces “are open to all,” including men. The end goal, Steinman says, is to provide a more equitable workplace for everyone. She sees the primary care offering as another step in that direction.

“We have to kind of reimagine the way that we work in order to create new systems that work better for everyone.” Steinman says. “I’m excited about the opportunity to democratize health care in the long run. If this is just a first step in that direction, I hope it does become a trend [with other coworking operators].”

The Coven recently appeared on StartMN’s guide to coworking spaces in the Twin Cities.