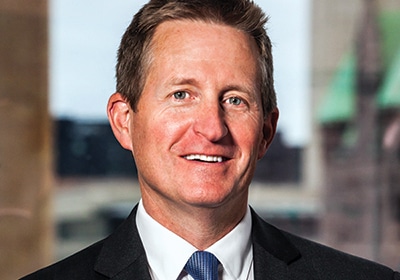 Minnesota innovation continues to triumph, despite the elements—natural and man-made.
By Dale Kurschner
October 02, 2016

North of Duluth, Hibbing, Soudan and Tower is the town of Ely, quite literally near the end of the road heading into the center of Minnesota’s Arrowhead Region. From there, the pavement soon narrows and splinters off into offshoots, primarily into the Boundary Waters.

Ely’s a nice town, especially in the summer. But it’s a tough place to start a retail business: Its population is only about 3,500, and has slowly shrunk for more than 20 years. Most shoppers are there July through September. New businesses come and go.

Yet this may very well be where the American toy store is being reinvented.

Four years ago, Mistaya (Taya) and Brad Ruoho quietly started Legacy Toys. Brad sold the computer IT business he had started 15 years ago, and the couple invested the proceeds in toys. Why? Taya had worked at the town’s toy store for 10 years, and after it closed, the couple decided she could take what she had learned, along with her passion for the trade, and do it even better.

“Our toy store is pretty anti-tech. So many kids are glued to their electronics today; you miss something in their development if they can’t just pick up blocks or something else and do something creative with them,” she says. And that gets to the name. “I feel your children are your greatest legacy. Investing in them is the best thing you can do, and I mean by spending time with them, including playing games. And what we do with our kids is what they’re going to do with their kids.”

But she and Brad knew that wasn’t enough, and they made their toy store an enticing experience for kids by adding a mini “rain forest” area with a cement palm tree, a separate candy-store room, a 450-gallon aquarium and other amenities for what is surely Ely’s most engaging retail experience.

Results far exceeded expectations, with locals supporting the store during the holiday season and during the winter and spring months, and the store has operated profitably since its beginning.

They opened a second store in Duluth’s Miller Hill Mall last Halloween, and expanded on the visitor experience with a bigger rain forest area, a 10-foot-tall T. rex model, a general store, a doll house, a train depot, an animal house—“buildings within the store, so kids can feel [the shop] comes to life while in those areas,” Taya says.

Shoppers love the concept. “We expected the Duluth store to do a little better than double what Ely was doing; results have quadrupled those,” says Brad Ruoho. “We expected average transactions to be in the $15 to $30 range, they’ve been more in the $30 to $35 range.” And traffic to the store has increased by about 5 percent per month through the year, with major spikes during November and December. The Ruohos are now being asked for advice from those trying to start or save toy stores elsewhere.

This story of organic innovation in the often overlooked areas of Greater Minnesota comes to you courtesy of my coming across it on vacation. And it’s a perfect example of what continues to make our state one of the strongest in the nation.

According to CNBC and Bloomberg, Minnesota ranks as the ninth- and tenth-most innovative state, respectively. But I’m willing to bet those reports don’t include Legacy Toys. Nor do they probably include Bemidji’s Paul Bunyan Communications, which delivers 1 gigabyte-per-second broadband speed to its customers in Bemidji, Grand Rapids, and, soon, areas in the Iron Range; Warroad-based Marvin Windows and Doors, which is diversifying into lifestyle-oriented home architecture elements; White Bear Lake’s Wilson Tool’s internship program that provides qualified candidates for its permanent job openings; or the four-year, project-based-learning “Iron Range engineering” degree from Mankato State University provided through two-year schools in Virginia and Grand Rapids.

The list goes on. Other organizations I’ve talked with recently also emphasize a new kind of innovation— less a function of R&D and longer-term potential growth, and more a crucial component of near-term growth and sustainability.

This month’s “View from the Top” reflects this spirit, as 10 CEOs from some of our state’s most significant businesses discuss how they are tackling major challenges through innovation. Allina president and CEO Penny Wheeler is finding ways to improve health outcomes while reducing costs, as Allina needs to cut $100 million a year in spending. Buffalo Wild Wings president and CEO Sally Smith is figuring out how to grow sales despite the weakest restaurant conditions in more than 20 years. Ecolab Chairman and CEO Doug Baker Jr. is leading innovation that saved its customers 150 billion gallons of fresh water in the last 12 months, and he wants to increase this to 300 billion. It’s truly impressive how much innovation is taking place in Minnesota—especially with its climate. And by “climate,” I mean state regulations and taxes more than our upcoming winter.

Many of us grew up here “Minnesota tough.” We took pride watching the Vikings play outside in December. Quite a few of us like winter, too. Blizzard? Bring it on! We also grew up on farms, where innovating was nearly a daily occurrence. We know we can succeed no matter what.

This spirit serves us well on the business front. But it also has conditioned us to look at state government and high taxes as something more like climate, rather than something we can change. We keep our heads down and do our work to the best of our abilities; meanwhile, the rest of the world knows that while Minnesota is innovative, its climate is not as good as elsewhere, be it weather or government and taxes.

On Sept. 5, CNBC released its “Top 20 Metro Areas to Start a Business in America.” The Twin Cities were not on it. The next day, Kiplinger issued its annual list of “Most and Least Tax-Friendly States.” Minnesota ranks sixth-worst. We’re fourth worst in the nation according to the Tax Foundation’s annual State Business Tax Climate Index. 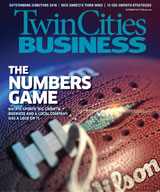 We’ve grown used to this—just like we know we have snow, ice and wind chills coming in the next five months—and still find ways to achieve. Imagine, though, how much greater we all could be if we could at least thaw out, and warm up, Minnesota’s anti-business, high-tax climate.