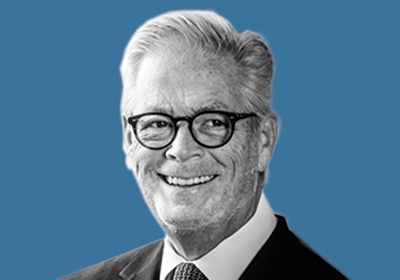 What did writer Jerry Siegel and artist Joe Shuster know in 1933 that it took until 2014 to prove scientifically?

As anyone not living a hermit’s life in a cave would know, the answer is . . . (d). Who did Lois Lane fall in love with? Superman, of course! Thus, the challenge—in the plot of Superman comics and many movies created since—is for smartypants, glasses-wearing journalist Clark Kent to convince Miss Lane to fall in love with him, instead of his strong and handsome superhero alter-ego.

This preference supports my own observations in boardrooms and corner offices over many years. I have noticed there is a preference for CEOs and officers who have a good appearance and who look healthy. In fact, I have occasionally had to intervene in a selection process to remind a board or a selection committee that the candidate they were about to choose may look like George Clooney or Angelina Jolie, but he/she was dumber than rocks and didn’t have the requisite leadership skills.

My own observations may also confirm the experience of readers: Have you ever known an executive who you were convinced wasn’t qualified or didn’t have the requisite leadership skills, yet probably got into an executive position because they looked good?

This penchant was recently proven by solid research concluding that looks really do matter when it comes to leadership. Written by researchers at VU University of Amsterdam (led by Dr. Brian Spisak and published in the November 2014 issue of Frontiers in Human Neuroscience) the paper suggests that healthy-looking individuals are perceived as better leaders than intelligent-looking people are. The researchers asked participants to judge leadership potential by choosing between pairs of photos of faces morphed to appear more or less healthy and more or less intelligent, based on previous research on assumptions people have about facial features.

For each pair of faces, participants were given one of four fictional business scenarios that outlined a CEO’s primary responsibility: engaging in an aggressive strategy to combat the competition, renegotiating a partnership agreement, leading a new business into an unknown market, or supervising the continued exploitation of non-renewable resources. The participants were then asked to choose which fictional CEO face would be the best leader in these scenarios.

The study results found that both healthy- and intelligent-looking leaders were chosen more often than the less healthy- and less intelligent-looking, which was no big surprise. However, health cues were more clearly influential in choosing a leader than were intelligence cues. Healthy faces dominated choices regardless of the scenario, and intelligent-looking faces won out only in scenarios that would need diplomacy or original thinking (such as renegotiating an agreement and entering a new market). “Overall, our findings suggest that although intelligence may be important for leadership . . . health appears to dominate decision making in all contexts of leadership,” the researchers said.

If you are not Clark Kent and are therefore thinking that reading this column is a colossal waste of time and I should be blasted with green kryptonite radiation, I urge you to stop and think about the implications of this study for both yourself and your organization.

First, if your goal is to finally get that promotion you’ve been dreaming about, you may want to clean up your act and place a higher priority on a healthier lifestyle. Most of us separate personal health goals from our career goals, but this study suggests the two are related. I’m not going to tell you how to do this, for I certainly don’t know how I made it to where I’m at if it’s about looks. I’m just saying that, for example, instead of putting in an extra hour at the office, going to the gym or reviewing Dress for Success may actually be the ticket to getting that promotion.

Second, if you are a business leader, this study has implications for how you make hiring decisions. Choosing between job candidates is more of an art than a science, so be aware of the subtle effect of the tendency to prefer Superman over Clark Kent. Remind yourself and those making hiring decisions that maybe Clark Kent is really a better fit for the job and should be given the chance to prove himself.

So if you want to occupy the corner office and become wealthier, it’s time to get healthier. And if you are on a board or selection committee whose task is to find a CEO or president, try to overlook the appeal of a candidate’s appearance and focus on their skills instead. Remember the old saying, “Looks can be deceiving”—but that they also matter.