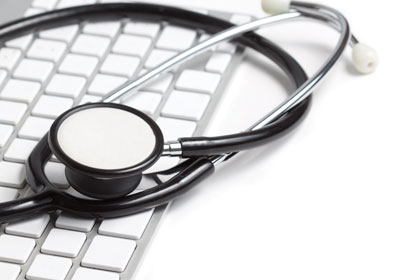 Maureen Ideker talks about reaching rural patients with telemedicine, and her hopes for the governor’s new broadband task force.
By Katie Westfall
April 01, 2012

She helped start what’s thought to be one of the nation’s first telehealth programs in 1994 when she was the director of nurses at Tri-County Hospital in Wadena. Telehealth or telemedicine involves the use of videoconferencing and other electronic communications to serve patients remotely. Tri-County partnered with the University of Minnesota’s physicians and developed telemedicine programs that linked rural hospitals to facilities in urban centers.

In November, Governor Mark Dayton appointed Ideker to his a new task force on broadband. Ensuring access to broadband around the state is an essential part of expanding telehealth offerings, especially for residents that must drive long distances to see their doctors. And the cost savings can be significant. UnitedHealth Group’s Connected Care statistics from a 2009 study from the University of Texas Medical Branch estimates savings to the health care system of more than $4 billion a year with the widespread use of telemedicine.

Twin Cities Business had a chance to chat with Ideker about what telehealth services Essentia is offering and what the task force hopes to accomplish.

TCB: What is Essentia doing in telemedicine?

Maureen Ideker: [Mine is] a new position. I’ve been with Essentia only seven months. The year before, the administration and some of the physicians got together and worked up business plans for four different areas of telehealth to get started on: behavioral health, emergency room, dermatology, and cardiology.

Tele–emergency room is where the ER doctors in Aurora, for example—a small [Essentia] hospital a little over an hour and a half from Duluth—are connecting up so they can get support from board-certified specialists in Duluth. They just hit the button [on the] wall-mounted videoconferencing equipment and connect, and then the board-certified doctor is right there. They do a little prompting. It has good audio speakers. There’s a hand-held camera and a digital stethoscope that works with it. It travels over our secure broadband connection.

We are doing interactive dermatology sessions [via videoconferencing technology] with our two Essentia hospitals in Idaho. These little towns in Idaho . . . are very remote. People have to drive a long, long way . . . in order to get service.

Some applications are easier to do over telemedicine than others. Some you really can’t do. What you can do usually is parts of it. Initial examinations—lots of that time needs to be face to face. And then follow up visits after that—and this is generally speaking—can be done over telemedicine.

TCB: Videoconferencing seems central to the way telehealth is done.

MI: Yes. There are three kinds of videoconferencing equipment [at Essentia]: mobile, wall-mounted, or desktop.

Many of the videoconferencing cameras are . . . controllable on the provider’s side so they can zoom in. For instance, maybe the physician wants to check what [a patient’s] pupils look like.

TCB: What does your job entail?

MI: I work with the doctors—let’s say the board-certified emergency-room doctor—we work together to develop this program for tele–emergency room. And then I work with the family practice doctors on the rural side, and I help to figure out what equipment they’re going to need, where they’re going to put it, who’s going to use it, what kind of training is needed for the nurses on the rural side who will be presenting the patient to the specialist. [I] also teach the specialists on how to use the equipment.

TCB: Essentia isn’t new to telehealth, though. It’s been providing tele-home monitoring for congestive heart failure patients for some time.

MI: [A scale downloads the patient’s weight daily] into a centralized computer at Essentia that is watched by a nurse. [The data] goes through the telephone lines. There are little red flags that pop up if certain things happen. The patient answers some daily log questions like ‘Are you short of breath?’ There are certain parameters for every single patient. A lot of the time, if it’s something as simple as a two-pound weight gain over a two-day period, that patient is called by a nurse practitioner. The nurse practitioner would probably modify the patient’s medication for that day, or two days. Because with congestive heart failure, fluid builds up around the heart. The medication will take that off, but you have to get on it right away. With congestive heart failure, if that goes on for five days, the patient ends up in the hospital.

TCB: Is serving rural areas the goal of telehealth at Essentia?

MI: Essentia has so many specialists in Duluth and Fargo, [but] in the rural sites, they have mostly family practice doctors and nurse practitioners and [physician’s assistants]. In order to help support these rural practices, we’re deploying telehealth. A lot of specialists are interested in serving the rural areas.

Not that the family practice doctors aren’t doing a good job. There are not enough of them to go around. There’s a scarcity of specialists in the rural area—they just aren’t there.

TCB: In order to implement Essentia’s business plans, do you feel that access to broadband or increased broadband speeds is going to be necessary in the coming years?

MI: In order to actually deliver telehealth services along with the other electronic applications, there needs to be adequate broadband. [Editor’s note: Ideker declined to specify Essentia’s broadband-speed requirements; it changes depending on the type of service and other factors.] One of the main goals I have for Essentia is to deploy telehealth equipment across all of our facilities: the hospitals, clinics, and long-term care facilities. And then to also get tele–home monitoring into people’s homes in order to keep them healthier, monitor their chronic conditions, and keep them out of the hospital and keep them in their homes longer.

TCB: You were appointed to Governor Mark Dayton’s Task Force on Broadband in November. What is the purpose of the task force?

MI: The task force is together to advise the governor and the state on what special considerations should be given for broadband and why. On the task force, there’s all kinds of different representation: There’s economic development, telcos, schools, tribal bands. It’s very inclusive. I’m speaking for health care.

The task force overall needs to come to recommendations that will serve all of Minnesota and put Minnesota in a leading position in the nation and world.

TCB: The previous broadband task force appointed by Governor Tim Pawlenty recommended 5-10 megabits/second upload speed and 10-20 megabits/second download speed. But at the time, only 18 percent of Minnesotans had access to these speeds.

MI: You can recommend, but there needs to be some kind of economic driver as well. There needs to be the state behind it saying, ‘You know, if you do this, we’ll give you a tax break. If your community has this, you’ll be known as a destination.’ The money that comes into Minnesota, we have to decide where they’re going to put that incentive-wise.

TCB: In terms of delivering telehealth to people in rural Minnesota, what should be our goals?

MI: Telehealth is just one of the applications that broadband will be needed for in the future. Diagnostic images and even the business office applications—all of that uses broadband. So videoconferencing is growing, telehealth is growing, and you have all these other functions that have been happening for many years, that all need broadband. It’s been coming gradually, but there is a big demand for broadband. Not only do you have to make sure you have enough to receive e-functions, you have to have enough to send. The task force will ask [these questions] for Minnesota: What should we have? What should be our baseline? What are we going to recommend for schools, for hospitals, for communities?

TCB: Are there patients that can’t be helped in Minnesota due to broadband limitations?

MI: Yes, there are. It depends on how much [broadband] capacity they have in the town where their clinic is. There are places that can’t do the broadband as easily, such as in the Arrowhead region and the northwestern corner of the state.

TCB: What do patients think about telehealth?

MI: I have been involved for many years with patient-satisfaction and provider-satisfaction surveys [for telehealth], and 99 percent say they are satisfied. [Patients] feel like they had the provider’s attention. They appreciated not having to travel. They would do it again. It’s reimbursed just like a face-to-face visit. When people are sick, they don’t want to travel.

TCB: Is it reasonable to say that Minnesotans could save millions of dollars in health care costs with telehealth?

MI: Oh, billions! The national studies show billions and billions can be saved with tele–home monitoring and by having easier access for people in the rural environment. So they get treated faster, they get diagnosed faster. A 2007 Wall Street Journal article reported on a study that quantified annual savings for remote monitoring of chronic conditions in the United States as $10.1 billion for congestive heart failure, $6.1 billion for diabetes, and $4.9 billion for chronic obstructive pulmonary disease.

TCB: So telemedicine is poised to grow.

MI: There are predictions of growth. Before too long, [25 percent of] visits that can be done virtually, will be.

TCB: Do other major health care providers in Minnesota have telehealth departments.

MI: I don’t know of them. There are some working on it.

TCB: This hasn’t caught on too quickly!

MI: If back in 1994 somebody had told me it would take 20 years before it actually was in full swing, I never would have believed it, because it just works so well.