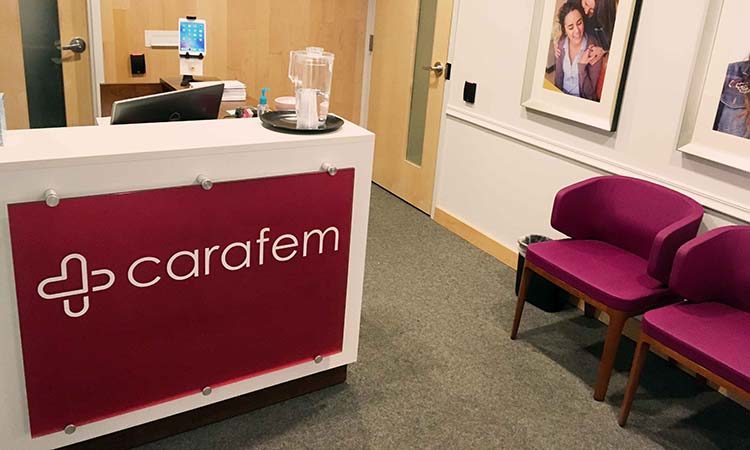 Headquartered in the D.C. area, carafem joins a slew of other pill-based abortion providers in Minnesota.
By Winter Keefer
September 29, 2022

Another telehealth abortion care provider has entered the market in Minnesota.

Carafem, a nonprofit based in the Washington, D.C., metro area, announced Tuesday it has expanded its telehealth abortion care services to Minnesota for those looking to terminate a pregnancy up to 11 weeks along. Carafem, founded in 2013, currently provides this service in many states where abortion remains legal, including Colorado, Connecticut, Delaware, Virginia, Illinois, Iowa, Maine, Maryland, New Jersey, Massachusetts, Nevada, New Mexico, Vermont, Rhode Island, and D.C.

But carafem is not the first group to provide medical abortion services to Minnesotans via telehealth. Planned Parenthood launched telehealth services in the spring in anticipation of the Dobbs v. Jackson Women’s Health Organization decision by the Supreme Court, according to a spokesperson. In June, the court’s decision overturned Roe v. Wade ended the nationwide constitutional right to abortion.

Prior to this decision, Just the Pill started providing this service to people in Minnesota and surrounding states in late 2020 as Covid brought about a rise in demand. Pills By Post, WE Health Clinique, Abortion on Demand, Aid Access, MYAbortion Network, and Whole Woman’s Health of Minnesota also provide this service.

In its 2022 annual report, carafem said that it has partnered with organizations “to collect evidence that helps improve outcomes in reproductive health technologies and services.” That included taking part in a clinical study with the University of California, San Francisco. Carafem said the work ultimately helped lead to reversal of the FDA’s restrictions on mailing mifepristone in December 2021.

“We continue to see many people who prefer to use abortion medications at home after a private online visit with a carafem healthcare provider,” carafem CEO Melissa Grant said in a news release. “This is especially true in rural areas in the states we serve. We expect that to hold true in Minnesota as well.”

Currently, it is illegal to get an abortion in 17 states. Some states also have restrictions against Telehealth-provided medical abortion, Grant said in an interview with TCB. But it is legal to travel to a state with legal abortion to receive telehealth services.

“Currently, there are no laws in the US that follow people from their state into another state when receiving a good or service, so it’s perfectly legal for people to travel into another community for an abortion… And then, ultimately, if people are continuing to travel, if those clinics become overwhelmed, you can only see so many people within four walls,” she said. “There may need to be a relief valve for a pressure release from that backup.”

The cost for at-home abortion pills in Minnesota through carafem ranges from $250- $375 but financial assistance may be available to those who qualify, according to the news release.

Carafem is in the process of getting credentialed in order to be able to accept insurance in Minnesota. Grant noted that insurance can be a particularly tricky issue to navigate as each individual state has its own restrictions.

“The interesting thing about telehealth that I think people need to understand is that the way that telehealth and abortion care are coded to go through insurance sometimes is not accepted by private insurance or state Medicaid programs because it’s so new,” Grant said. “There’s a conflict in the way that the billing happens, which causes claims to be needlessly not approved. It’s something that people working in this field are really trying to tackle on a state-by-state basis, particularly in states like Minnesota, where Medicaid will pay for abortion care.”

Health insurance plans and employers are not required to provide abortion coverage. However, many still do. A comprehensive list of abortion services can be found here.

In June, workplace experts predicted that the reversal of Roe v. Wade is likely to prompt women to move to states where abortion rights remain protected, including Minnesota.