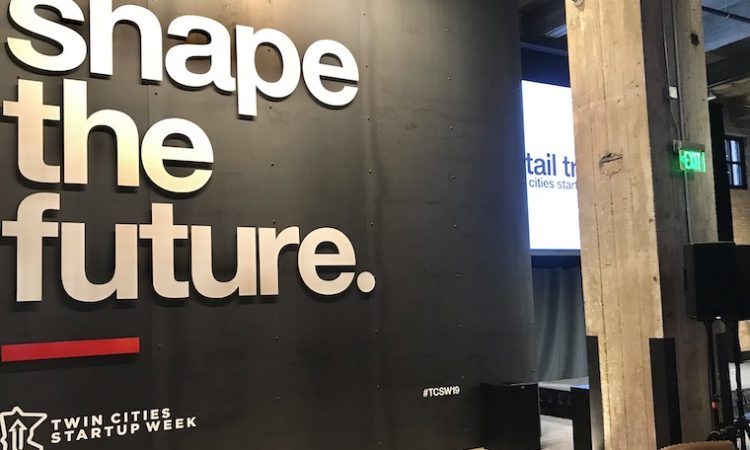 All the Thursday highlights, from consumer behavior insights to the MinneDemo showcase.
By TCB Staff
October 11, 2019

What rally? The crowd that gathered hours in advance of President Trump’s Thursday evening Target Center appearance didn’t stop investors and non-profit leaders from filling the second floor of Bachelor Farmer for a Twin Cities Startup Week event about disruption in the philanthropic marketplace, hosted by Andrew Dayton, CEO of Constellation Fund.  While he and Representatives of the Knight Foundation, Northside Achievement Zone and Great MN Schools discussed poverty alleviation and racial inequities in Minnesota, Boomchickapop co-founder Angie Bastian capped a day of retail sessions over at Target Plaza Commons on Nicollet Mall. Meanwhile, at the Riverview Theater, the founders of seven local startups took the stage at Minnedemo to present their innovations, ranging from a faster Internet browser to an app that connects those struggling with fertility. Here are the highlights from Day 2 of Twin Cities Startup Week. 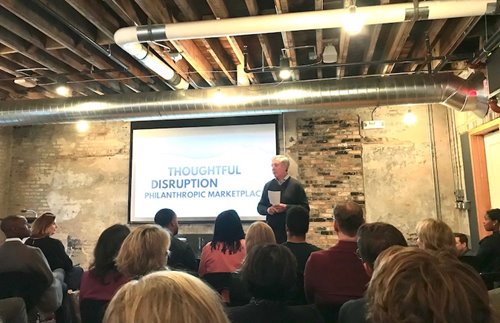 Startup humor of the North: “In Silicon Valley, you start in a garage. In Eden Prairie, Minn., you’d die in a garage. We had to go in the basement,” said serial entrepreneur Phil Soran, speaking about entrepreneurship and giving at the Thoughtful Disruption in the Philanthropic Marketplace event at Bachelor Farmer.

In bed with Target: At a Retail Track eventf on consumer behavior, Target’s senior vice president, product design and brand management Julie Guggemos talked about Target’s habit of spending time in people’s homes to observe not only what they buy but how they live. A recent development from watching Target shoppers struggle to change their beds at home: new bedsheet labels that say “top,” “bottom” and “side.” 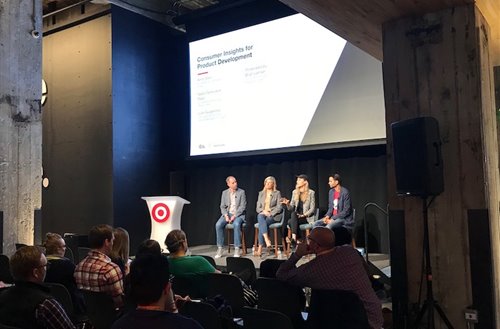 Generational differences: Millennials say what matters to them, but it doesn’t highly correlate with what they do, says Nadia Genevieve Masri, founder and CEO of Perksy, a mobile market research platform. She joined Guggemos and Hot Indian founder Amol Dixit on the consumer behavior panel, where they drew the disctition between millennials and the next generation. “Gen Z says what they’re going to do, and they really do it. Added Guggemos, “They want a simplified life, and to buy less.” As a result, Target is “doubling down” on sustainability. “It’s our number one priority.” 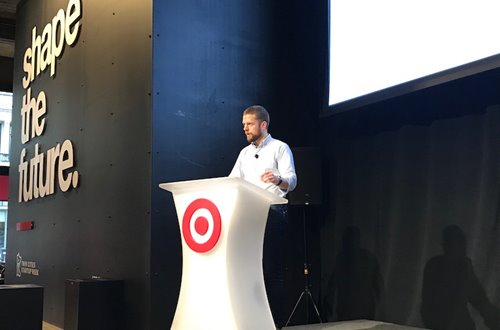 Keeping the North Cold: Askov Finlayson co-owner Eric Dayton shared his story of building a brand and starting a movement to stop climate change, which he called the “fight of my lifetime.”
“I want to be able to look at my sons 20 years from now and say we did everything we could when we had the chance.”

Two hills to climb: At the Finnovation Lab, five female founders of color including Junita Flowers of Junita’s Jar, Michelle Maryns of We Sparkle, Shawntan Howell of Girls are Powerful Organizations, Desiree Wells of DASH Collective and Melissa Taylor of the Beauty Lounge, gathered to discuss the “two hills” they must climb in the startup world. Attendee and fellow entrepreneur Risa Piper felt emboldened. “[It’s just encouraging] to see other women and women of color who are out there doing it,” Piper said Thursday morning. “It’s encouraging and empowering.”

Beyond Alexa: Loup Ventures managing partner Gene Munster and DeLonn Crosby, CEO of SayKid, discussed the rise of voice technology at a startup event on Thursday. The two fielded questions from a robot to demonstrate. 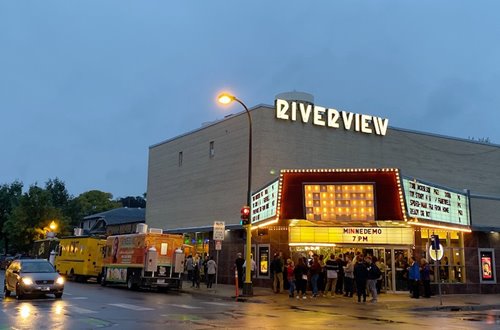 Quote of the day: “I believe that if we really want to improve the tech community, we have to be significantly more inclusive than we’ve ever been before.” —Amber Christian, founder and owner of Wonderly Software Solutions and Bella Scena, a productivity platform presented at MinneDemo.

One to watch from MinneDemo: Fruitful Fertility, a fertility mentorship program and app that connects those struggling with infertility with others who’ve experienced it.

Overheard at Finnovation Lab: A person from the fly-in program, asking locals why he should move here from the West Coast.

Takeaway: “The events are great, but it’s really about the people that you meet and the connections that lead to something cool,” says Diane Rucker, executive director, University Enterprise Labs (UEL)

Happy homecoming: “I am struck by the optimism of both fresh entrepreneurs and enthusiastic greeting they are receiving from the greater business community,” says Erik Radke, director of growth for Bionic Giant, a creative boutique in Minneapolis. “Having spent the better part of the last decade in the Ad Tech startup world in New York and California, there is no doubt in my mind that my Minnesota homecoming is paired with feelings of pride and hopefulness. Candidly, the coasts have nothing on our communities. In fact, what I saw on display opening night makes me think we have a leg up. A notable difference is the lack of second, third, or fourth cycle start-up veterans with ideas that seemingly contribute to an almost jaded or entitled Bay Area culture. To the contrary, the poise, intentionality, and determination of the entrepreneurs I met should set the stage for winning teams.”

Where to meet: “I loved having events at coworking spaces so I could just stay and work there in between sessions,” says Nora Robinson, a nonprofit education consultant. Fueled Collective, WeWork, Modern Well, Industrious and others are offering free co-working space all week. Check the calendar for details.

On Friday: We’ll be watching the Million Dollar Challenge for Minority Entrepreneurs and hoping we can slip into a couple of the team-building events that appear to be almost full. The smart city discussion looks thought-provoking too. Get the full schedule. Not registered? It’s not too late to get in on the Grow North’s Entrepreneur Education Day, part of Food, Ag + Ideas Week. A $45 pass gets you access to a full day of sessions on brand building, pitching to investors, learning from consumers, and more.