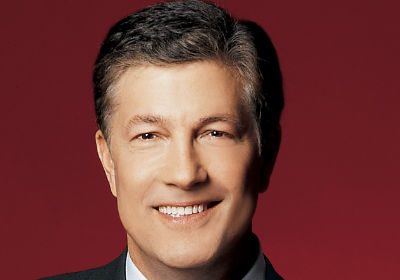 Target Corporation on Thursday reported a 15 percent increase in third-quarter profits, driven in part by the pending sale of its $5.9 billion credit-card receivables portfolio, and it offered a positive outlook for the holiday season.

Adjusted earnings, which exclude certain costs, including those related to the company’s planned expansion into Canada, totaled 90 cents per share, compared to 86 cents per share during last year’s third quarter. Earnings topped the estimates of analysts polled by Thomson Reuters, who were expecting 79 cents per share.

As previously announced, Target’s sales climbed 3.4 percent to $16.6 billion during the quarter, driven in part by a 2.4 percent increase in same-store sales, or sales at stores open for at least a year.

Target Chairman, President, and CEO Gregg Steinhafel said in a statement that the company is “pleased” with its third-quarter performance, “which reflects superb execution across each of our business segments.”

Target’s third-quarter earnings were positively affected by the company’s planned sale of its $5.9 billion credit-card receivables portfolio to Toronto-based TD Bank Group; its quarterly earnings reflect a pre-tax gain of $156 million due to an accounting change, whereby the company’s portfolio was re-categorized as “held for sale,” rather than “held for investment.” Prior to announcing the planned sale last month, Target had been seeking a buyer for almost two years.

Looking forward, Target said it expects fourth-quarter earnings in the range of $1.45 to $1.55. Adjusted earnings, which exclude expenses related to the company’s entrance into Canada, are projected to be between $1.64 and $1.74. That’s higher than analysts’ expectations of $1.51 per share.

Steinhafel said that he company is “well-positioned to deliver strong fourth-quarter performance by offering compelling merchandise and unbeatable value” through initiatives including its collaboration with luxury retailer Neiman Marcus; Red Card credit cards, which give cardholders a 5 percent discount on purchases; and a new “holiday price match” program, through which Target will for the first time match prices with online competitors.

Target also recently announced plans to open its stores at 9 p.m. on Thanksgiving, three hours earlier than last year—a decision meant to boost sales, but one that is also drawing criticism.

Late Thursday morning, following the company’s third-quarter earnings announcement, its stock was trading up about 2 percent at $62.60.

Target currently operates 1,782 stores throughout the United States, and it plans to open its first stores in Canada in 2013. The retailer is Minnesota’s second-largest public company based on revenue, which totaled $68.5 billion in its fiscal year that ended in January.