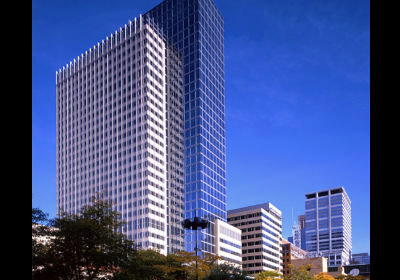 Canada proved to be a huge disaster for Minneapolis-based retailer Target Corp.

In January, the company announced plans to exit Canada, closing 133 stores north of the border that employed 17,600 people. In its announcement of the company’s fourth quarter and year-end results, Target pegged the losses for the Canadian exit at $5.1 billion.

The silver lining? The company’s annual filing with the U.S. Securities and Exchange Commission indicates that the company will get a tax break as a result of the losses in Canada.

According to the filing: “We have recognized a tax benefit of $1.6 billion in discontinued operations, which primarily relates to the loss on our investment in Canada and includes other tax benefits resulting from certain asset write-offs and liabilities paid or accrued to facilitate the liquidation. We have realized the majority of these tax benefits in the first quarter of 2015 and expect to realize substantially all of the remainder in 2015.”

Target’s annual 10-K report was filed with the SEC on Friday. A Target spokeswoman could not be immediately reached for comment on the filing.

The annual filing also reported that the data breach that hit the company has cost $252 million so far.

Those expenses will be partly offset by insurance proceeds. According to Target’s filing: “As of January 31, 2015, we have incurred $252 million of cumulative data breach-related expenses, partially offset by $90 million of expected insurance recoveries, for net cumulative expenses of $162 million.”

The data breach, which came to light in December 2013, comprised the data of an estimated 70 million Target customers and was a key factor in the May 2014 resignation of previous CEO Gregg Steinhafel. New CEO Brian Cornell took the helm in August.

For fiscal 2014, Target reported a loss of $1.6 billion on revenue of $72.6 billion. The company’s overall numbers were dragged down by Canada.

During fiscal 2014, Target opened 16 new U.S. stores, but closed 19 locations. At the end of January, the company had 1,790 stores, three fewer than a year ago. Target has 75 stores in Minnesota comprising 10.7 million square feet of retail space.

In early March, Cornell outlined plans to overhaul the company. The company’s statement noted: “Target’s store opening plans will increasingly focus on new, more flexible formats like TargetExpress and CityTarget, which cater to guests in rapidly-growing, dense urban areas. Throughout 2015, the retailer will open eight TargetExpress locations across the country. In addition, the company will continue to open the right stores to fit each community and test new layouts in its general merchandise stores.”

The company’s March 3 outline of the “roadmap” to transform its business signaled significant job cuts on the horizon. That hit home on Tuesday, March 10, when the company cut about 1,700 jobs, primarily from its Twin Cities headquarters. At the same time the company announced that it would not fill 1,400 open positions.

In January, the company cut 550 local jobs for employees who supported the Canadian operations.

For the latest round of job cuts, Target filed a WARN notice with the Minnesota Department of Employment and Economic Development on March 12. Federal law requires companies to file Worker Adjustment and Retraining Notification (WARN) documents to notify employees of mass layoffs.

Per the company’s letter to DEED: “This reduction is expected to be permanent.”