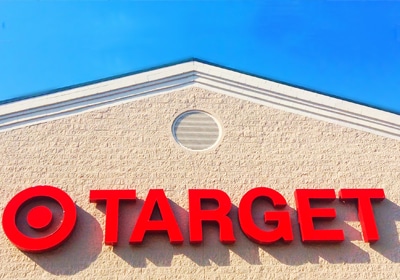 Target CEO Brian Cornell feels “confident” the retailer is ready for the holiday season after its quarterly report indicated a year-straight of comparable sales growth, despite missed expectations in its digital sector.

The retailer’s signature categories—which include style, baby, kids and wellness—grew 2.5 times faster than the company average and were a large contributor to Target’s $17.6 billion in revenue for the three-month period ending October 31.

However, investors and Target alike expressed disappointment in its digital sales channel, which grew by 20 percent, only half of the company’s previously stated goal of 40 percent. In a conference call, Target CFO Cathy Smith noted the warmer than usual fall weather and competitive electronics promotions from the year prior as reason for the lapse in digital growth.

Profit was a bright spot for the retailer, as Target leaped from $352 million in earnings to $549 million—a 56 percent uptick. The retailer met expectations with earnings per share of 86 cents, which was a 7-cent increase from a year ago. Target also improved its earnings outlook for the full fiscal year to a range of $4.65 to $4.75. EBITDA and EBIT margin rates each grew 0.2 percent from a year ago to 8.6 percent and 5.5 percent, respectively.

Target nearly beat its own expectations for same-store sales, a crucially watched category for retail companies. The Minneapolis-based retailer posted a 1.9 percent rise in comparable sales, which was driven by a 1.4 percent increase in traffic. Comparably, its retail rival Wal-Mart posted a 1.5 percent sales increase in its third quarter results on Tuesday, which was boosted by a 1.7 percent jump in traffic.

“Our momentum is encouraging, especially in the face of stiffer prior-year comparisons,” Cornell said in a statement. “As we look forward to the fourth quarter, our team is focused on strong execution throughout the holidays, and we are confident in our merchandising and marketing plans as we enter the most critical season of the year.”

On average, Target generates roughly half of its annual toy sales during the holiday season, Cornell said. He expects the sales of drones, the Apple Watch and its selection of toys—15 percent of which are Target exclusives this season—to carry the retailer into a positive fourth quarter.

“In general, Target is really focused on trying to be differentiated,” said Amy Koo, principal analyst for retail consulting company Kantar Retail. “Especially with the hot toys, that’s going to be very critical if Target will be the only one to have it.”

In regards to exclusive wearables like the Apple Watch, Koo believes, “it very much captures the essence of what Target is trying to go after, which is an affluent, savvy shopper that wants to be on trend.”

When asked during the conference call, Smith said a closing date for Target’s $1.9 billion purchase of CVS hadn’t yet been decided. She added that Target and regulators are working to ensure a smooth transition and that more details would be unveiled at a later date.

And of its overhaul of the grocery department, Cornell said, “while we aren’t shouting about it, we are bringing steady progress to food.” With notable sales improvements in yogurt and organic produce, Cornell said Target would focus its efforts on wellness and seasonally appropriate items in the future. Renovations to grocery areas will slowly roll out, he added, beginning with 25 grocery remodels in Los Angeles and other SuperTargets.

“Overall, it was a decent quarter [for Target],” said Koo. “Their 40 percent [digital growth] expectation was not feasible and I would take it with a grain of salt, but I think it is very important that they work in that space.”

Company shares had tumbled in wake of the quarterly release, largely due to the rocky digital sales reported. As of noon Wednesday, Target stock was priced at $68.98 compared to the previous day’s close of $72.94.