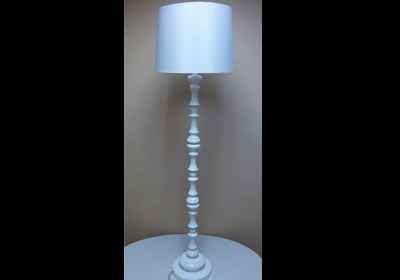 The recalled products include floor lamps that contain a fire hazard and Indian-brand motorcycles built before Polaris bought the brand.
September 14, 2013

The U.S. Consumer Product Safety Commission (CPSC) said that consumers should cease use of a “white two-bulb floor lamp” that was sold exclusively at Target between September 2012 and May 2013. The lamps cost around $70, and about 25,000 units have been recalled in the United States and roughly 541 in Canada, according to the CPSC. The lamps were made by J. Hunt & Company and manufactured in China, and the model number PL1071 is located on a sticker on the bottom of the recalled lamps.

The lamps can short when a standard one-way bulb is fully tightened in their three-way socket, posing a fire and shock hazard to consumers. Target received six reports of short circuiting, which resulted in fires, minor property damage, and two consumers being shocked, the CPSC said. Owners are instructed to unplug the lamps and return them to Target stores for a full refund.

Meanwhile, Indian Motorcycle recently announced that a defect has been identified in some of its older motorcycles. The affected bikes were produced between December 10, 2008 and November 1, 2012 and were made by Indian’s previous owner in Kings Mountain, North Carolina. The motorcycles may have been assembled using a defective rear wheel rim, which could crack, leading to a loss of air pressure that could cause the vehicle’s operator to lose control and crash.

Polaris acquired the Indian brand in 2011 and rolled out a new line of Indian motorcycles at this year’s annual rally in Sturgis, South Dakota.

Polaris reportedly spent nearly $100 million developing the much-anticipated Indian Chief Classic, the Indian Chief Vintage, and the Indian Chieftain—and those new models are not affected by the recently announced recall. (To learn more about fast-growing Polaris and how it is diversifying its portfolio, click here.)

“Indian Motorcycle and parent company Polaris Industries, Inc., are fully committed to rider safety and customer satisfaction,” the companies said in a statement.

Polaris notified the National Highway Traffic Safety Administration about the defect and will inform registered owners of the affected Kings Mountain Indian motorcycles. Owners of the vehicles should inspect the rear rim for cracks and check tire pressure and refrain from riding until the rim is replaced, should they find defects. Authorized Indian Motorcycle dealers will make the necessary repairs at no cost to the motorcycles.

Target and Polaris are two of Minnesota’s 20 largest public companies based on revenue.