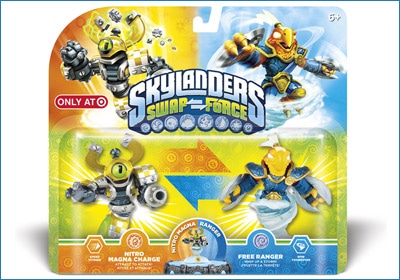 The pressure’s on for retailers to stand out this holiday season; Target has added electronics, video games, and sporting goods to its “top toys” list and will feature a promotional video series featuring a former CIA officer.
October 31, 2013

As U.S. retailers gear up for the all-important holiday shopping season, they’re planning new marketing strategies and promotions to stand out from the crowd and attract a larger chunk of holiday budgets.

Some are reminiscent of classic favorites—such as the Sesame Street Big Hugs Elmo and Barbie Dream House—but for the first time, the retailer expanded its list beyond the toy aisle to include electronics, video games, and sporting goods.

The retailer said that some of the items on the list are sold exclusively at Target, and the company consulted with manufacturers to identify the hottest gifts for this holiday season.

Retailers are bracing for a tough holiday shopping season after seeing slower back-to-school sales. The short-term resolution to the federal government shutdown is expected to perpetuate economic uncertainty, and some analysts predict that consumers will trim holiday budgets by about 2 percent, according to the New York Times.

Such concerns are causing retailers to redouble their efforts to attract holiday shoppers, as many retailers can make up to 40 percent of their annual revenue in November and December. (And the concerns aren’t reserved for brick-and-mortar retailers; e-commerce companies are worried too.)

Some retailers are simply ramping up promotions and events to lure more shoppers, and many are fueling the so-called “Christmas creep”—the practice of beginning holiday promotions earlier and earlier each year.

Target’s efforts to attract holiday dollars have assumed a number of forms, including looking for outside-the-box partnerships. To help promote its “hot toys,” Target is featuring Jonna Mendez, a former CIA agent (and mom), in a video series that will offer tips for parents who want to identify which gifts their kids want most. The video series will appear on Target’s blog.

In addition, news recently surfaced that the company plans to roll out a new service—called Buy Online, Pick Up in Store (BOPS)—that allows customers to pick up online orders at stores. Target has said that it hopes to institute the program at stores by the “Black Friday” rush in late November.

David Brennan, co-director of the Institute for Retailing Excellence at the University of St. Thomas, recently told Twin Cities Business that more retailers will likely begin offering such services, which gives stores the upper hand over e-commerce sites that charge for shipping. (Others, like Best Buy and Wal-Mart, already offer such services.)

Target recently said it plans to hire 70,000 seasonal workers this year, down about 20 percent compared to last year, although it didn’t specify whether the move had anything to do with holiday sales numbers. Target’s 2012 holiday sales reportedly fell 1.6 percent in comparison with the same period in 2011.

Meanwhile, the current Halloween season often acts as an important period between the back-to-school and end-of-year holiday shopping seasons for retailers, and new data suggests that nearly nine in 10 people plan to spend less on candy, costumes, and decorations this Halloween season compared with last year, according to a Star Tribune report.