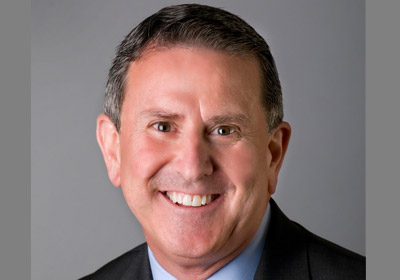 Target Hires Its First CEO From Outside The Company

Target announced Thursday that Brian Cornell, a PepsiCo senior executive, will take over as chairman and CEO of the Minneapolis-based retailer on August 12.

Cornell, 55, will replace interim president and CEO John Mulligan, who took the role after Gregg Steinhafel was fired in May. Mulligan will return to his previous position as chief financial officer.

Steinhafel had led the Minneapolis-based retail giant since 2008. His departure came in the wake of a massive data breach in December as well as the continuing poor performance of the company’s expansion into Canada. Although the company’s challenges have extended beyond those issues.

Cornell is the first Target CEO to be hired from outside the company. He most recently served as CEO of PepsiCo Americas Foods, the company’s international food business—which is the largest of PepsiCo’s four divisions. Prior to joining PepsiCo in 2012, Cornell was president and CEO of Sam’s Club, CEO of Michaels Stores, Inc., and executive vice president and chief marketing officer for Safeway.

Cornell will receive a base annual salary of $1.3 million as well as a payment of more than $19 million in stock to compensate for money he is forfeiting by leaving PepsiCo, according to regulatory filings.

“As we seek to aggressively move Target forward and establish the company as a top omnichannel retailer, we focused on identifying an extraordinary leader who could bring vision, focus, and a wealth of experience to Target’s transformation,” Roxanne Austin, interim non-executive chair of the board, said in a statement. “The board is confident that Brian’s diverse and broad experience in retail and consumer products as well as his passion for leading high performing teams will propel Target forward.”

Like Steinhafel before him, Cornell will serve as both CEO and chairman. Earlier this year, in the wake of Steinhafel’s departure, Twin Cities Business Editor in Chief Dale Kurschner questioned Target’s board composition, largely due to a lack of retail industry expertise. Kurschner also pointed out Target’s long history of hiring from within, rather than opening the door to outsiders, who might bring a fresh perspective. Others subsequently raised more concerns about the board’s makeup, although Target shareholders in June re-elected all 10 of the retailer’s directors.