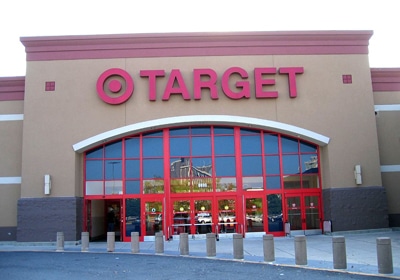 Despite some hiccups on its website during prominent shopping periods, the retailer reported its best fourth quarter online sales to date.
March 05, 2016

Target’s holiday season of deals largely paid off as the retailer traded customer traffic and same-store sales growth in exchange for profit, ultimately landing Target within its fourth quarter guidance.

In the three-month period ending January 30, Target’s same-store sales rose 1.9 percent from the same time a year ago. The bulk of that increase, however, came from online sales. Removing those contributions, the Minneapolis-based retailer’s same-store sales actually improved by only 0.6 percent, placing it side-by-side with rival Wal-Mart’s results.

Wall Street’s expectation of $1.54 earnings per share was slightly above Target’s result of $1.52 a share. During the previous year’s fourth quarter, charges associated with exiting Canada resulted in a $2.6 billion loss for Target, but the retailer’s return to form in 2015 gave way to $1.4 billion in profits. Target’s total profit for the year was $3.3 billion compared to a loss of $1.6 billion in 2014.

Although Target.com experienced some hiccups during pivotal shopping periods, Cathy Smith, the retailer's chief financial officer, said Target's online sales growth of 34 percent led the industry. At the start of 2015, Target laid out what Smith called “an ambitious goal” of 40 percent growth online. The retailer was able to muster 31 percent year-over-year digital sales growth, an increase that beat Wal-Mart (12 percent) and Amazon (20 percent).

At critical points—on Black Friday and Cyber Monday—Target set personal bests with its online daily sales and had its mobile sales leap 250 percent from the same period last year. Target’s holiday offer for free shipping on all orders was a major driver to its digital success.

The company’s electronics department struggled, particularly with tablets, although wearable devices performed well. Sales in its home department grew by four percent over the holidays, the largest increase that area has seen in a decade.

“We gained market share as a byproduct of our playbook [of promotions] in the fourth quarter,” Cornell said. “We feel we had a winning strategy during the holidays.”

Following Target’s quarterly release, shares rose by nearly 4 percent in early morning trading to as much as $76.68.

Target estimates $1.15 to $1.25 a share for the first three months of the year, whereas analysts projected earnings of $1.20 a share.

After closing the $1.9 billion sale of its pharmacy division to CVS Health last December, Target began the process of rebranding its 1,673 pharmacies and clinics. Cornell said the transition should finish in six month’s time and feel “seamless” for customers. That sale has already provided more than $1 billion in net cash for Target.