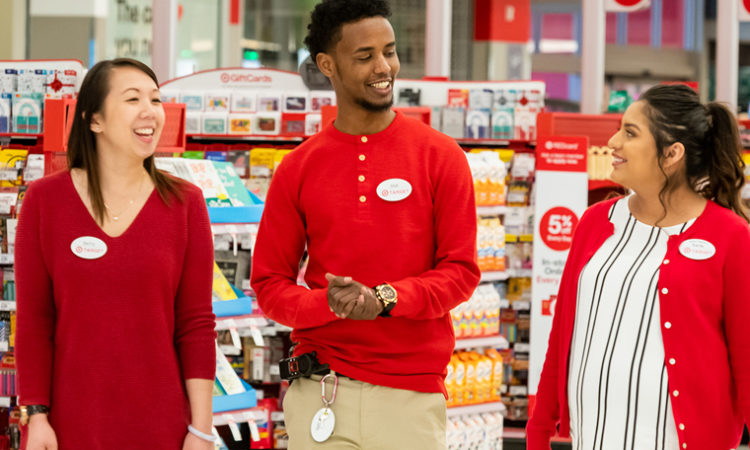 On the heels of its minimum wage hike, the Minneapolis retail giant has announced new offerings of expanded backup care for elderly and children, paid family leave, and increased adoption and surrogacy reimbursement.
By Amanda Ostuni
June 10, 2019

Amid a shrinking workforce and changing employee demographics and expectations, companies are constantly rolling out new offerings to appeal to workers. Target’s latest move, announced Monday, is no exception.

“Our workforce, like the communities we serve, is multigenerational,” Target officials said in a news release. “Our team members face growing caregiving responsibilities including infants, children, spouses, domestic partners and aging parents.”

The new benefits are part of Target’s mission to provide employees with the support to “grow their skills and careers, make a difference in their communities, and take care of themselves and their families,” said chief human resources officer Melissa Kremer

One of the benefit updates—backup care—is being extended from a headquarters benefit to one offered to team members across all stores and distribution centers. The 20 days applies to in-center childcare and in-home child and eldercare.

Paid family leave doubles the amount of leave covered under standard time—maternity or other medical leave—granted for life events, including welcoming a new child by any means (adoption, surrogacy, or birth) or caring for a sick parent or partner.

The third new benefit change builds on a benefit first offered more than 10 years ago. Target reimburses some of the expense an employee undertakes to adopt or hire a surrogate for having a child. The amount Target had been offering was not disclosed, but the company says it will now double its contribution.

The enhanced benefits come just over two months after Target increased the minimum wage to $13, with plans to reach $15 by the end of 2020.

At the same time, other big businesses in the Twin Cities have been rolling out their own benefits updates. For example, in December, Best Buy debuted a Backup Child Care program of its own. Under that program, employees paid a $10 copay for up to 10 hours of at-home or in-center child care.

Best Buy did, however, according to the Star Tribune, suspend the new benefit this spring, due to a report that found critical flaws with Care.com, the service Best Buy was using to provide the emergency child care. A spokesperson could not be reached by press time to confirm whether the program will be re-launched, but other new benefits announced at the same time as Backup Child Care included paid time off for part-time employees and mental health resources. Best Buy also offers employees up to $14,080 in lifetime maximum amount for adoption reimbursement, according to a company email to TCB.

Meanwhile, food giant General Mills also announced new benefits last year, which went into effect early this year. These include two additional weeks of paid leave for employees to care for sick relatives, bereavement leave up to four weeks, and short-term disability benefits of 100 percent paid time for up to eight weeks and 65 percent of pay for up to 26 weeks. Additionally, the company offers 12 weeks of parental leave at 100 percent pay for fathers, partners, and adoptive parents and 18 to 20 weeks of parental leave for new birth mothers.

“General Mills has been making food people love for over 150 years and our employees have always been our secret ingredient,” said Jacqueline Williams-Roll, chief human resources officer, in a General Mills statement introducing its latest benefit changes last August. “We want to keep innovating in how we meet their evolving needs.”

General Mills’ changes apply to both salaried and non-union production workers in the U.S.

Likewise, Target’s new benefits apply to both hourly and salaried employees. The paid family leave will go into effect June 30. Expanded backup care will go into effect in the fall, while the doubled adoption and surrogacy reimbursement program has already been initiated.