Target, Best Buy Among 25 “Most Inspiring” Cos.

In a recent survey, Target was recognized for its commitment to community and reasonable prices, while Best Buy received high marks for employees that provide helpful feedback.
October 06, 2012 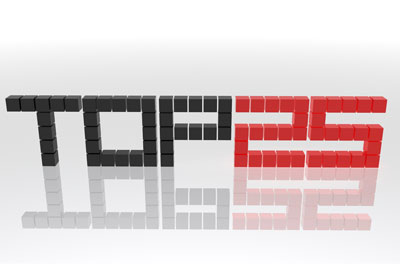 Two of the nation’s 25 “most inspiring companies” hail from Minnesota, according to a recent report.

Performance Inspired, Inc., an Atlanta-based consulting and training firm, conducted on online survey that asked 2,175 consumers which five companies they find most inspirational.

Survey respondents most frequently used terms like “community,” “give back,” “schools,” “fun,” and “value” when describing why they find Target inspirational.

When asked about Target’s ranking, Terry Barber, Performance Inspired’s “chief inspiration officer,” told Twin Cities Business that there’s an “overarching sense of appreciation about pricing, but what really came across was their commitment to community.” Some respondents even mentioned the names of Target sales associates who work at their local stores, demonstrating a close relationship between customers and employees, Barber said.

Regarding Best Buy, survey respondents said that they found the company’s employees to be “intuitively smart” and quick to provide helpful and thoughtful answers to technology questions, according to Barber.

Apple topped the most-inspiring companies list for the second consecutive year. Walmart came in second, and Google and Microsoft rounded out the top five.

Barber said that employees reward inspiring companies with loyal business and through word of mouth. In fact, the survey found that 28 percent of people talk on a weekly basis about the companies that inspire them.

To view a slideshow of all 25 companies on the list, which was published by Forbes, click here.