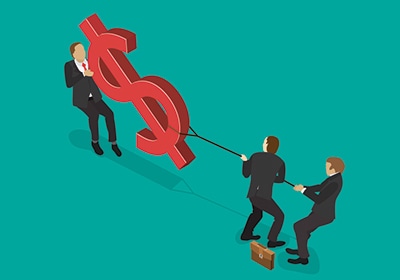 Since our April cover story, “Bye-Bye, Billions,” we’ve received a lot of feedback—most positive, some negative. Thank you to everyone who responded.

One question I heard from some of you (especially those more skeptical of our findings) was, “Which wealthy individuals recently left, or are leaving the state for tax reasons?” This can only be answered by those of you reading this column who are wealthy and have moved for tax reasons. If one or more of you would come forward, it could spark a broader discussion, as it did when it was revealed in late April that hedge-fund billionaire David Tepper moved from New Jersey to Florida. He took with him hundreds of millions of dollars in tax payments. Many of you worked hard to make Minnesota’s future brighter; why give up on that by staying silent on a trend that will hurt this state?

Another frequent question was “How can we reduce income taxes, while ensuring there’s still adequate funding for the programs and budgets that help make our state great?” The second part is critical. Too many, however, quickly say you can’t cut taxes and maintain a high quality of life. These naysayers need to spend some time in and studying how some states are indeed balancing tax relief with maintaining if not improving quality of life. Here are a few examples:

n A series of changes in 2013 flipped North Carolina from being one of the worst to one of the best states in terms of taxes. That year it slashed income tax rates, eliminated the estate tax and expanded sales taxes. All told, its reforms moved it from 44th to 16th on the Tax Foundation’s State Business Tax Climate Index. Additional reforms in 2015 moved it to 15th (Minnesota ranks 47th).

To help compensate for the tax cuts, the state added new sales taxes on repair, installation and maintenance (expected to bring in $160 million a year at first, and grow after that). The state’s Division of Motor Vehicles will increase fees by about 30 percent (bringing in about $153 million a year). And slight increases in the fee paid to screen newborn babies, and community college tuition, are expected to generate additional dollars.

The bet with the changes, of course, is that wealthier North Carolinians will reinvest rather than move, while local businesses will expand where they are rather than in other states. One other plus was North Carolina’s significant overhaul of its unemployment insurance program: it improved its performance, reduced fraud, allowed the state to pay what it had borrowed to keep it afloat, and is expected to save employers there more than $240 million a year in tax savings. (Of course, benefits from all of the above could go down the toilet if the state doesn’t change its stance on transgender use of bathrooms.)

I first heard about Tennessee’s tax climate when a Wayzata wealth advisor told me of an entire family of Minnesotans—three generations—that moved there a few years ago. Two months ago, Tennessee became even friendlier when it decided to become the nation’s eighth no-income-tax state after phasing out its tax on dividend and interest income between now and 2022. This follows by three years its decision to kill its estate tax by the end of 2015. Given the latest changes, the state is expected to move from 15th to 11th on the State Business Tax Climate Index.

Indiana a few years ago started a multi-year process of phasing down its corporate flat rate from 8.5 percent to 6.5 percent today, and 4.9 percent by 2021, according to Scott Drenkard, director of state projects at the Tax Foundation in Washington, D.C. The individual flat rate also has been decreasing, though less dramatically, and is now at 3.3 percent,” he says. The changes led to Indiana moving from 44th to 16th in one year on the tax climate index. Meanwhile, tax revenues have grown due to economic growth, while state spending is being better managed.

Florida in recent years has cut taxes by more than $1 billion, making it to the fourth-best state in the country for business tax climate. This year, it passed another $129 million a year in cuts including: elimination of sales tax on manufacturing equipment; exemption of sales taxes on food and drinks sold by veterans’ organizations; and phase-out by 2019 of a sales tax on asphalt used for government projects. The measure also sets up a three-day back-to-school “holiday” during which shoppers can avoid sales tax on clothes that cost up to $60, and school supplies of $15 or less.

Several other states also are working hard to find better, and less expensive ways to tax individuals, while improving government-funded programs and initiatives. Surely there are some examples out there that Minnesota’s legislators could adapt for use here.