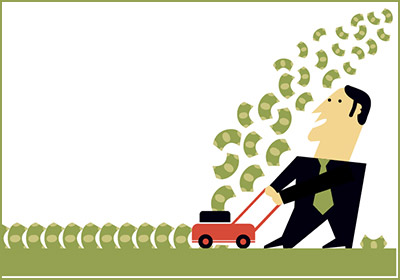 They're also briskly investing in their infrastructure and talent.
By TCB Staff
May 01, 2014

Like farmers tending healthy seedlings while praying for good weather, Minnesota’s business leaders are plowing more back into their businesses, anticipating further economic recovery. And as they do, they’re moving the economy forward.

Results from Twin Cities Business’ late-March quarterly polling of more than 11,000 business leaders from across the state found they plan to increase capital expenditures, research and development, and hiring at some of the healthiest rates seen in three years.

Survey results also advanced the Minnesota Economic Outlook Index to 51.8–the highest rating in two years and the fourth consecutive quarter of improvement. An index above 50 indicates economic expansion; below signals contraction.

This is the eighth consecutive quarter in which business leaders expect to increase capital expenditures at a healthier clip than before. Some 36 percent of the 457 business leaders who responded to the survey say they plan to spend more in this area between April 1 and June 30, while only 6.5 percent expect to cut spending in this area–the lowest level of “reducing” in the three years since the survey began.

Research and development spending also is improving, with the fewest companies in three years saying they’re going to cut back. And hiring is expected to continue at a healthy pace, despite Minnesota’s low unemployment rate relative to the rest of the country, and continuing challenges finding qualified labor.

Twin Cities Business conducts this survey quarterly to provide a look at business planning and sentiment among leaders across all industries in Minnesota. Answers from 11 questions are used to formulate the Minnesota Economic Outlook Index, the only indicator of what business leaders across the state are planning for the immediate quarter.

An email link to an online survey was sent to 11,803 Minnesota business leaders in mid-March, and a reminder email was sent the following week to those who had not yet completed the survey. The Minnesota Chamber of Commerce provided some of the e-mail addresses used in this outreach. As of March 27, 457 businesses responded, resulting in a 3.9 percent net response rate. Of those who responded, 88 percent represented privately held businesses.

Fueling these areas is what can best be described as less difficulty obtaining financing. The percentage of survey respondents who expect financing to become more difficult in the second quarter dropped by one-third compared with a year ago at this time. Those who think conditions for obtaining financing will remain the same increased by 12 percent, representing 62 percent of all responses in this category. And those who think financing will be easier to obtain rose by 8 percent versus a year ago.

Meanwhile, Minnesota business’s overall revenue outlook is the strongest it’s been in nearly two years. More than half of survey participants expect their revenues to increase this quarter, while only 6 percent expect them to decrease. That’s down 33 percent from one year ago and is the lowest percentage of business leaders planning for revenues to decrease during the three years in which this survey has been conducted.

The only sour note, beyond concerns over planned or potential new regulations, taxes and other government-led administrative and financial burdens, is the continuing challenge finding and retaining qualified labor. Roughly 37 percent of business leaders say they expect it to become even harder in the months ahead, while 61 percent expect it to remain the same as before.

There also is slightly more trepidation about economic conditions, with participants expressing less optimism that business conditions will improve in Minnesota and internationally. Optimism still outweighs pessimism, but it slipped a bit in the last 90 days.

Cautiousness about the economy also seems to be more prevalent among employees, according to Dale Carnegie Training’s quarterly Minnesota Pulse Survey for the three months ending March 31. “It seems people are feeling less confident and ready for changes but are more committed to working through discomfort,” says Matt Norman, president of the organization’s North Central U.S. office.

Meanwhile, other recent surveys found results similar to Twin Cities Business’, driving their indexes up as well. Creighton University’s Minnesota Business Conditions Index rose to 66.1 in March from 64.1 in February; and the Minnesota Economic Development Association’s MEDA Index rose from 53.1 in February to 63.7 in March.

This legislative session: What business thinks

Twin Cities Business’ most recent survey also polled business leaders on what they would like the Minnesota Legislature to focus on the most this year. Their answer: reducing government spending, improving high school education, and establishing better oversight of Legacy Amendment spending.

Some 93 percent of respondents say they would like to see a reduction in government spending through efficiency improvements; 86 percent favor improving high school education while better managing costs; and 56 percent favor establishing the means to better review/manage Legacy Amendment spending.

Business leaders were asked, “Which would you like the Legislature to address this session?” and given a list of subjects; their response options were “For,” “Against” and “Neither.” The subjects, in addition to the three mentioned above, were: legalizing marijuana for medical purposes; passing anti-bullying legislation; immigration reform; improving MnDOT’s snow plowing and road-treatment practices; and allowing liquor stores to open on Sundays. The survey did not include options on tax-related challenges such as gift, estate and income taxes, as these are already known to be of high interest for business leaders.

Other issues that participants were particularly interested in addressing were allowing liquor stores to remain open on Sundays (55 percent in favor) and immigration reform (54 percent).

The issue of least interest was the legalization of marijuana (28 percent against and 27 percent neither).

Interpreting the results
Chart indicates percentage of respondents anticipating increases (Business Planning) or improvements (Business Conditions) during Q2 2014. Data points calculated using diffusion indexing. Responses of “increase” or “improve” fully represented, but responses of “maintain” or “stay the same” diluted by half. Above 50 is positive; below is negative.