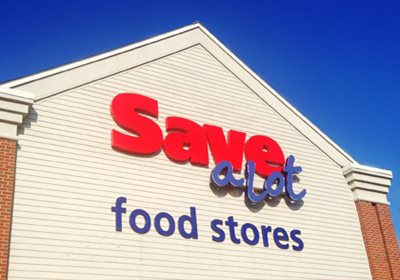 Supervalu’s Discount Grocery Chain Save-A-Lot To Sell For $1.4B

Investment firm Onex Corporation appears to be purchasing Save-A-Lot for a bargain as it was previously valued at $1.8 billion.
October 27, 2016

Supervalu had been making strides toward the sale or spin-off of its discount grocery chain Save-A-Lot for about a year. On Monday, the Eden Prairie-based food wholesaler announced that Toronto-based investment group Onex Corporation would buy Save-A-Lot for $1.365 billion.

Onex was bidding on the rights to Save-A-Lot last July, according to Reuters. Save-A-Lot’s 1,370 stores were, at the time, said to be worth as much as $1.8 billion.

“Today’s announcement is the result of a thorough process to maximize the value of the Safe-A-Lot business,” said Jerry Storch, Supervalu’s non-executive chairman of the board.

Terms of the sale agreement, which is expected to close end of January next year, include Supervalu providing Onex with support to ensure a smooth transition. Those services are primarily day-to-day operation support, such as merchandising, payroll, and finance services.

Supervalu said $750 million of the net proceeds would go toward its outstanding loan balance. The remaining cash, the company said, would be directed toward debt reduction and improving its capital structure through corporate and growth initiatives.

Supervalu CEO Mark Gross said in a statement that the sale would ultimately leave the company with a stronger balance sheet to pursue new opportunities. “It has been a pleasure to work with the Save-A-Lot team, and once this transaction is completed,” he said, “I look forward to continuing to work with them as one of our largest professional services customers.”

Supervalu is one of Minnesota’s largest companies with 2015 sales of $19.7 billion and roughly 35,800 worldwide employees. The company primarily works in wholesale foods and owns five retail brands, one of which is Cub Foods.

Onex’s purchase of Save-A-Lot is somewhat atypical for the private equity investment firm. The bulk of its investments are in real estate and health care, whereas its only food-related investment is in an Alabama-based family restaurant chain called Jack’s.

In a release, Onex managing director Matt Ross said the firm was interested in Save-A-Lot’s position within the growing discount grocery industry and how it was “differentiated from its competitors.”

Ross added that Onex planned to work with Save-A-Lot’s franchised owners. About two-thirds of all Save-A-Lot stores are licensed; however, those store tend to bring in less revenue. (Supervalu’s previous quarter report shows its corporate-owned Save-A-Lot stores made up nearly half of the Save-A-Lot revenue stream.)

Aside from one store in St. Cloud and another in Amery, Wisconsin, Save-A-Lot stores are largely located throughout the eastern half of the United States with heavy concentrations in Kentucky, Ohio, Indiana and Florida.

Supervalu’s sale announcement lifted its stock up 9 percent from its Friday close of $5.01.

More details behind the Save-A-Lot sale are said to be disclosed on Wednesday when Supervalu releases its fiscal 2017 Q2 report.