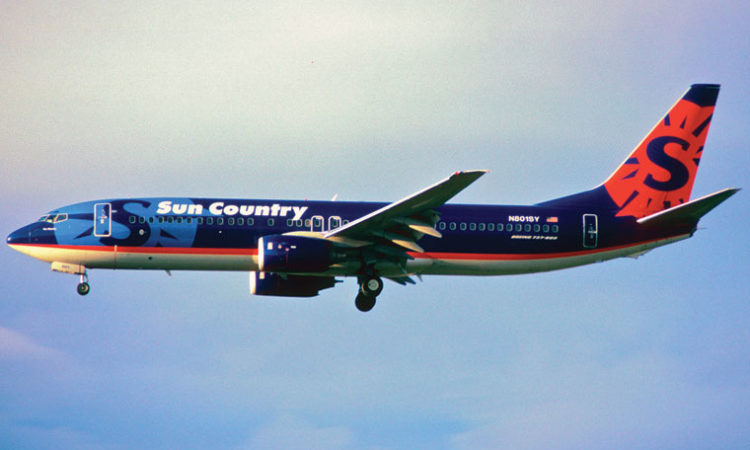 With the eight new routes from MSP Airport, Sun Country will grow its Minnesota workforce by 10 percent.
By Amanda Ostuni
January 08, 2019

Marking the largest route expansion in the company’s history, Sun Country Airlines announced Tuesday that it will be adding 19 seasonal nonstop routes and seven new airports to its network over the course of the year. Eight of the 19 routes take off from the airline’s home state at the Minneapolis-St. Paul International Airport.

The expansion will increase Sun Country’s flight options for local travelers by 20 percent. To manage the new routes out of MSP Airport, the Eagan-based carrier says it will boost its local workforce by 10 percent — all within 2019.

The new routes and airports expansion are part of an overall growth plan that relates back to several moves Sun Country made in 2018, such as its addition of 11 new routes in June and adding a Nashville route in August.

“Sun Country’s added network capacity will help connect even more Minnesota businesses with the rest of the world and bring more people into our world-class city,” said Frey. “And the 10 percent increase to their workforce will provide good-paying jobs for the Twin Cities.”

The full list of new routes and airports in Sun Country’s system is as follows:

From Dallas-Fort Worth (Dallas/Fort Worth International Airport)