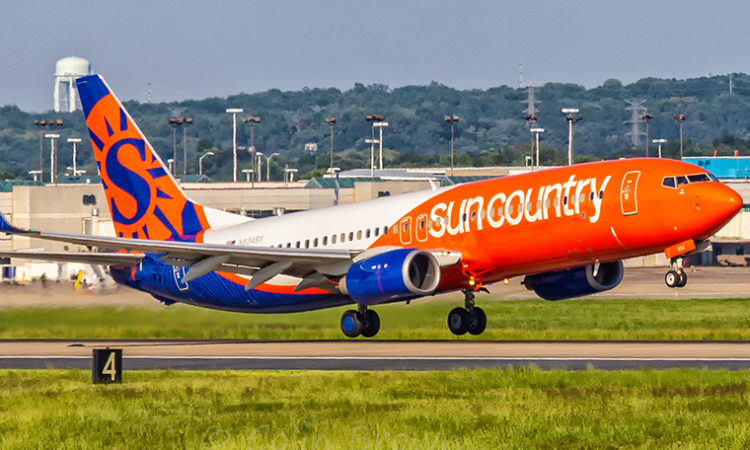 The U.S. Department of Transportation acceded to a request by Sun Country Airlines for waivers to allow it to draw down most of its scheduled service yet receive federal CARES Act aid to maintain payroll. As a result, Sun Country’s route map through June 21 is allowed to contain only five airports and six scheduled roundtrips.

Unlike most businesses accepting CARES Act forgivable loans, airlines have an additional burden: a requirement they maintain service to every city they normally serve. Large network carriers like Delta Air Lines have accommodated that stricture by drawing down service but not ending it. For example, Delta served Chicago from numerous hubs and focus cities with dozens of daily flights but has the leeway to maintain a single flight a few days a week from any other city.

In Sun Country’s case, it often only operated a single daily flight to a destination and was heavily reliant on leisure travelers, who have completelystopped flying. Sun Country would have needed to maintain a majority of its service under the government rules.

Though air travel started to tick back up last week according to TSA data after falling since early March, there are still too many seats in the air each day, with airlines operating almost every flight less than half full and at a loss. It would be easier for them to maintain payroll for longer, they argued, if they did not have to operate flights on routes still being operated by other carriers.

The DOT granted Sun Country an exemption based on its previous levels of service and market penetration. It is required to operate a weekly flight from MSP to Phoenix, Las Vegas, and Orlando. Its request to draw Southwest Florida Regional Airport down was rejected, and it will be required to maintain three weekly roundtrips.

Though CARES Act provisions are in place through September, Sun Country only requested exemptions through late June, so a subsequent filing from theairline is to be expected, assuming air travel does not rebound for summer. Frontier and JetBlue asked for DOT waivers to discontinue service to MSP but those requests were rejected. Based on the DOT’s reasoning in Sun Country’scase, other larger carriers are expected to appeal some earlier rejections.