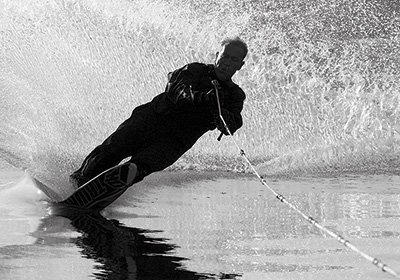 Treat your clients to a mini road trip with a memorable meal that’s more than worth the drive.
July 09, 2016

Stillwater
As rap star Drake famously observed, YOLO (you only live once), so why waste a precious Minnesota summer day in the office? Clear the agenda and head over to LOLO (locally owned, locally operated) in the heart of historic Stillwater, fast becoming the North Loop of the St. Croix River Valley. Officially known as LOLO American Kitchen and Craft Bar (loloamericankitchen.com), the restaurant is a hipper, chef-driven cousin of the bar immortalized on Cheers. Arrive in time for social hour and score a couple of seats between the regulars at the bar. Order a round of Capt. Dan’s River Water, a “concept cocktail” made with rye, amaro, basil and lemon, with soju, the seared duck bacon dumplings with maple teriyaki and honshimeji, KFC (Korean fried chicken) wings with lemongrass aoli, and the much-vaunted butterscotch budino with maple syrup and a pinch of Hawaiian red clay sea salt.

Ellsworth, Wis.
If your out-of-town clients have never ventured over the border into Wisconsin, cross the river and head south through the lush farmland to Ellsworth, known as the Cheese Curd Capital of Wisconsin, a 40-minute drive from St. Paul. There, you’ll find Chez d’Grove, Franglais for Shady Grove (shadygrovewi.com), a restaurant-within-a-house where the journey from farm to table is minutes, not miles. Sit outside on the patio and select from an inventive menu that swings from local favorites such as beer-battered Ellsworth Cooperative Creamery cheese curds and bison rib-eye steak, to global specialties.

Lake Pepin
Clients who enjoy water skiing will be delighted by a visit to Lake Pepin, where in the summer of 1922, an intrepid young 19-year-old named Ralph Samuelson strapped a pair of barrel staves to his feet, persuaded his brother to tow him behind a boa, and invented a sport. An easy, picturesque hour’s drive from downtown St. Paul, Lake Pepin is the largest “lake” on the Mississippi. Meander down the Wisconsin side of the river and pause in Maiden Rock where, according to local lore, Winona, a young Dakota woman, leapt to her death, and Stockholm, a cozy hamlet with galleries, bakeries and shops. Put your name in at the Harbor View CafÃ© (harborviewpepin.com) and relax outside with a cocktail before sitting down to enjoy the famously eclectic menu of made-from-scratch, bistro-style specialties and homemade desserts.

Red Wing
Clients who appreciate the authenticity (and market value) of heritage brands will enjoy a pilgrimage to Red Wing on the Minnesota side of the Mississippi River, an hour’s drive from Minneapolis. Named for Chief Hupahuduta, meaning a “swan’s wing dyed red,” the historic river city is home to Red Wing boots and Red Wing Pottery.Head over to Red Wing Brewery (redwingbrewing.com) on Old West Main Street and enjoy a pint of Remmler’s Royal Brew, a nod to a long-gone local brewing company, and pizza with a crust made from the brewing grains at Hanisch Bakery (hanischbakery.com), recently voted Best Bakery in Minnesota by WCCO-TV.

Winona
Continue down the river to Winona, home of Fastenal, No. 44 on Forbes’ World’s Most Innovative Companies, Wenonah Canoe, the Patagonia of canoes and kayaks and J.R. Watkins, purveyors of apothecary-style products. Take a spin through town and stop to admire the Watkins offices on Liberty Street. Designed in 1911 by Prairie School architect George W. Maher, the building features a blue Bedford stone faÃ§ade, a 70-foot-high dome and Tiffany windows. Named for the tragic heroine of Maiden Rock, Winona is nestled in the river bluffs, creating a microclimate that’s the warmest of any city in Minnesota. Before leaving town, stop at the Boat House (boathousewinona.com) for a pint of Great Lakes beer, Polish gyros and other local specialties, and recall the words of Mark Twain, who waggishly observed, “There are fifty lover’s leaps along the Mississippi from whose summit disappointed Indian girls have jumped.”