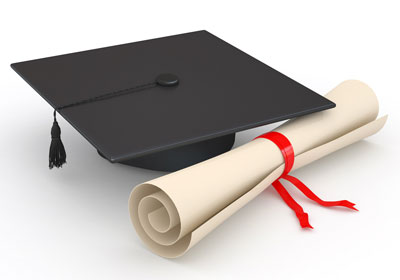 Minnesota has the fourth-highest level of average student debt, according to a new report that includes data from 1,075 public and private nonprofit four-year colleges and universities nationwide.
December 14, 2013

Minnesota has one of the highest levels of student debt in the nation, according to a new report from the Institute for College Access and Success (TICAS).

TICAS, a nonprofit education research organization with offices in Oakland, California, and Washington, D.C., used data from Peterson’s, an education information and resources provider; data from 1,075 public and private nonprofit four-year colleges and universities nationwide that voluntarily shared student loan information; and financial aid data from the U.S. Department of Education to compile its “Student Debt and the Class of 2012” report.

The report indicated that students in Minnesota averaged $31,497 in loan debt last year (an increase of 5.7 percent from $29,793 in 2011). The state has the fourth-highest level of average student debt nationwide based on the study’s findings, with 70 percent of the 2012 graduating class in debt following graduation.

According to the report, states with the highest student loan debt were mainly in the Northeast and Midwest. Click here to view state-by-state student loan data.

Nationally, 71 percent of college seniors who graduated last year had student loan debt—a figure that rose 3 percent from 2008 to 2012 the study found. College graduates who took out loans last year faced an average of $29,400 in debt—a figure that has increased by an average of 6 percent per year from 2008 to 2012. According to the report, 20 percent of that debt came from private loans.

“Despite discouraging headlines, a college degree remains the best route to finding a job in this tight market,” TICAS President Lauren Asher said in a statement. “But students and families need to know that debt levels can vary widely from college to college.”

The report indicated that average debt at the college level can vary from $4,450 to $49,450. That discrepancy, the study found, is due to differences in tuition and fees, living expenses in the local area, the availability of need-based aid from colleges and states, and colleges’ financial aid policies and practices, among other factors.

To create its “Student Debt and the Class of 2012” report, TICAS licensed and used data from numerous sources. The organization used Peterson’s student loan debt data, which was culled from colleges whose students graduated and received bachelor’s degrees between July 1, 2011 and June 30, 2012. The data included institutional, state, Federal Perkins, and Federal Stafford Subsidized and Unsubsidized loan information from students who borrowed and/or had co-signed loans while enrolled. The data excluded loan information from transfer students and loans under parents’ names.

To develop its state-level debt figures, TICAS used loan debt data that 1,075 public and private nonprofit four-year colleges and universities nationwide voluntarily reported. According to TICAS, for-profit colleges, which accounted for 7 percent of last year’s bachelor’s degree recipients, were not included in the state-level estimates because virtually none chose to share their data.

To calculate its national estimates, TICAS used financial aid data from the U.S. Department of Education, most recently collected last year. The national figure reflects student loan debt (both federal and private loans) of undergraduates who were citizens or permanent residents; attended public, private nonprofit, or for-profit four-year colleges; and were expected to graduate with a bachelor’s degree during 2011 or 2012.

Click here to read more about the role a college degree plays in the hiring process, according to employers and education officials in Minnesota.