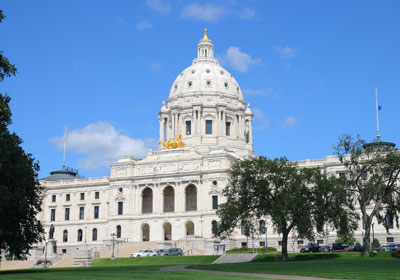 A study performed by IBM compares Minnesota’s efficiency in the areas of human resources, finance, payroll, and procurement to the performance of leading private- and public-sector organizations.
April 05, 2013

Minnesota agencies outperform even some private sector businesses with respect to the efficiency of some administrative functions—but there are also many areas ripe for significant improvement.

That’s according to a new report that was created at the request of the Minnesota Legislature.

The state contracted with IBM to compare Minnesota’s performance in the areas of human resources, finance, payroll, and procurement to that of leading private- and public-sector organizations. Forty state agencies and boards were included in the study. The IBM study is meant to identify what it costs the state’s executive branch to provide core management functions, and how its efficiency compares to best practices among public and private entities.

The state then drafted its own report, identifying tactics for improvement based on the IBM study and other evidence; the state’s report will be presented to the legislature.

For each performance area, the IBM study compared the state to the median performance of peer groups, as well as a “benchmark” value—which represents the 80th percentile of the respective metric. The study, which runs 160 pages and goes into very granular details regarding each function, calls the benchmarking a “blunt instrument” and points out that it might not be realistic for the state to achieve benchmark levels across all metrics. But such metrics show that there are “significant opportunities” for the state to start closing the gap and improving efficiencies, according to the report.

For the finance area—which costs the state $106.8 million annually and demands the equivalent of more than 1,000 full-time employees—process efficiency in the state’s accounts payable and accounts receivable functions outperformed peers in some areas. But increasing the use of electronic receipts and reducing manual processing in accounts receivable are key improvement opportunities, the study found.

For human resources, which costs Minnesota $55.8 million annually and includes 533 full-time employees, state agencies again outperformed the median for peer groups in certain areas, and they exceeded benchmarks in some. But the report states that Minnesota has over-allocated personnel resources to the management of employee information while under-allocating resources to other areas, such as the management of HR information systems and employee communications, when compared to leading peer groups. The state is given credit for implementing an enterprise resource planning (ERP) system to manage HR and payroll data in a single database, but there are opportunities to add and enhance functionality to improve operations, the study found.

For payroll functions, for which the state currently uses 84 workers, Minnesota outperformed benchmarks for a number of peer groups. (No cost was denoted for payroll functions; it is accounted for in the finance category.) The state was credited for its efficiency in processes involving the management of payments and payroll taxes, and its operations appear to be “resource intensive” in roles that establish policies and procedures, record employees’ time worked, report paid and unpaid leave, and other tasks. The state’s implementation of direct deposit payments is consistent with leading organizations, but Minnesota underperformed as compared to most peer groups when it came to the time spent processing record data, as well as entering into the payroll system and processing payroll.

Last, in the area of procurement, which currently costs $39.4 million annually and involves 376 employees, Minnesota outperformed median and benchmark levels across many metrics. But the state appears “significantly underinvested” in strategic procurement processes while having over-allocated personnel resources to areas involving the ordering of materials and services.

The Minnesota Department of Administration said that the study, as well as a series of workshops featuring experts from state agencies, has helped it identify dozens of opportunities for improvement, many of which correspond directly to the suggestions in the benchmarking report. To read more about the state’s improvement plans, click here.

But the state also pointed out a number of challenges when it comes to addressing the broad areas outlined in the report. And it said that “substantial technology improvements” are required, staff resources are limited to implement new initiatives, and there is “chronic underfunding” of certain areas, such as human resources. Also, statutes, agency policies, and bargaining unit contracts make state processes “exceptionally complex.”

Commissioner of Administration Spencer Cronk described the study as “a breakthrough effort in collaboration across widely varied state agencies and an example of Governor Dayton’s focus on data-driven improvement . . .”

“We know we can do even better, and we’re pursuing improvements big and small, from simplifying our processes and policies to upgrading our technology,” Cronk said in a statement. “Fewer resources spent on administrative duties means more for direct service to Minnesota’s citizens.”