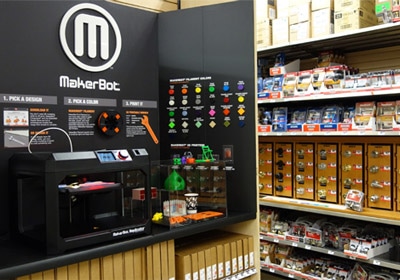 The 20 percent staff reduction is MakerBot’s second such restructuring effort this year.
October 18, 2015

Eden Prairie-based Stratasys’ June 2013 acquisition for 3D printing competitor MakerBot seemed like a match made in heaven. Stratasys, with its dominance in commercial sales of 3D printers, and MakerBot, with its focus toward desktop 3D printing, complemented one another and were poised to be a force to be reckoned with.

But the 3D printing industry has been in a jam with sluggish sales, especially amongst consumers, which led MakerBot on Thursday to slash 20 percent of its workforce — the second such layoff by the Stratasys subsidiary this year.

“3D printing is not accessible enough yet and now we, as a company, after growing very quickly have internally become too fractured,” said Johan Broer, a spokesman for MakerBot. “The layoffs are a results of being impacted by the industry dynamics and not hitting our numbers.”

MakerBot CEO Jonathan Jaglom wrote in a blog post that MakerBot’s research and design teams would make the move back to its company headquarters in downtown Brooklyn, while its factory will remain in Industry City in Brooklyn.

To coincide with the restructuring effort, Jaglom welcomed Kavita Vora, the company’s new “chief of people” — a position described in the blog post as someone who would “create a company and culture that is focused on our people.”

Broer wouldn’t specify which divisions would see the heaviest cuts, but said the company would shift from the consumer-facing product market and commit the majority of its focus on education, engineering and design fields.

“The education market specifically is huge for us,” Broer said. “We are in 5,000 schools and we’ve continued to introduce new tools to bring 3D printing to the classroom.”

He compared the industry’s mainstream adoption to that of modern computers’ coming-of-age: “In the beginning, they were enormous machines stored in rooms, but eventually they were put in schools and now [desktop computers] exist in homes everywhere. We are just going through a phase at the moment.”

Jaglom, who has been at the helm for both staff cuts after moving into the CEO chair at MakerBot just six months ago, has been in regular talks with parent company Stratasys regarding navigation of the latest restructuring move. TCB reached out to Stratasys for further comment on its involvement, but a response was not given by the time of publication.

Stratasys stock felt little effect from news of its subsidiary’s staff cutbacks. By midday, share prices rose $1.08 to $31.73 compared to its opening price of $30.65.