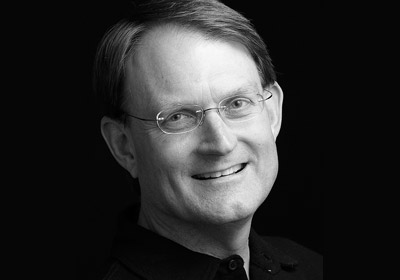 The acquisition of MakerBot, a deal worth at least $403 million, allows Stratasys to market to “home hobbyists.”
October 05, 2013

Eden Prairie-based Stratasys, Ltd., has made a name for itself providing 3-D printing technology to industrial customers.

Earlier this year, however, the company acquired Brooklyn, New York-based MakerBot in a deal valued at more than $400 million. Much attention was given to the size of the deal and the fact that it brought together major players in the growing 3-D printing market.

But Stratasys Chairman Scott Crump says reaching a diversified customer base was a key driver behind the massive MakerBot deal.

Crump recently told Twin Cities Business that, with the addition of MakerBot, the company can now expand beyond larger commercial and industrial customers to sell 3-D printers to “the home hobbyist maker community.”

And it can expand to new price points. 3-D printers use an “additive” process whereby three-dimensional objects are produced. The technology is often used for manufacturers’ prototyping but could reach a much broader market if open-source 3-D printing technology is made available to everyday consumers through less expensive printers.

Crump said the company is now on track to sell printers for substantially less money than some of its previous products, although the prices run the gamut; for example, Stratasys plans to eventually sell some products for $1,000, while others will run upwards of $60,000.

“The market is underpenetrated worldwide, and these mergers make sense as long as the 'sandboxes' set up right, which we think they do,” Crump said. While Stratasys and MakerBot were competing on some levels, the merger offers “long-term synergies about being able to get access to more customers, sell repeats, sell consumables, but also sell up,” he said.

Crump also recently spoke to Forbes, and his comments were published in a story titled “The Real Reason Stratasys Bought MakerBot.” The story pointed out that, prior to the MakerBot deal, Stratasys mostly kept a low profile as Rock Hill, South Carolina-based 3D Systems, a Stratasys competitor and the inventor of 3-D printing, made a slew of acquisitions.

It’s currently price elasticity for consumer 3-D printers that interests Crump, because elasticity will determine whether the company’s acquisition of MakerBot is successful, Forbes reported. MakerBot broke the price barrier by offering 3-D printers that cost less than $2,000, and in addition to the “hobbyist” market, educational institutions are becoming major customers for 3-D printers.

While the average consumer’s adoption curve for 3-D printers remains low, Crump believes prices will continue to decrease and increased sales volume will bolster profits. “Rather than sell 2,000 systems, I would anticipate that we are selling 50,000 printers each year,” he told Forbes, adding that he’s prepared to wait, as it took more than three years “to get pricing right on our previous product.”

Forbes described the Makerbot acquisition as part of a “multi-pronged strategy to enter the consumer and small business space, a space which competitor 3-D Systems entered two years earlier with the launch of Cube printers and its cloud-printing service.” To read the full story, including more background on the 3-D printing industry, click here.