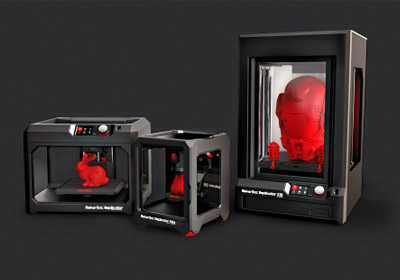 There’s a strong buzz about the future of 3D printing. But at the moment, Eden Prairie-based Stratasys Ltd. is getting stung by “lower than expected” first quarter results.

After the market closed on Tuesday, Stratasys announced “preliminary” first quarter results and updated financial guidance for 2015. The company is expecting first quarter revenue in the range of $171 million to $173 million, which reflects approximately a 14 percent gain compared to the first quarter of 2014.

But the company is expecting to report a net loss somewhere between $173 million and $208 million for the first quarter. During the same period of 2014, Stratasys reported revenue of $150.9 million and a net profit of $4.1 million.

A spokesman declined to comment further on the issue. The company is scheduled to release its Q1 results on May 11.

In the wake of the news, the company’s stock was getting hammered on Wall Street. Shares of Stratasys closed $51.30 per share on Tuesday. In mid-afternoon trading, the stock was down more than $11 per share, a drop of approximately 22 percent.

Stratasys announced its acquisition of desktop 3D printer MakerBot in June 2013, but the deal has been challenging for Stratasys, a leader in commercial 3D printing.

In February, the company disclosed that it took a $102 million impairment charge during the fourth quarter of 2014 in connection with the ongoing integration of MakerBot. The news drew shareholder lawsuits.

Among the new disclosures from the company’s Tuesday statement:

The company noted that it is seeing a slowdown in spending from some of its customers, citing “a decline in relevant capital spending within certain regions and industries, particularly in North America.”

Earlier this month, Twin Cities Business reported that the company laid off staff from MakerBot’s Brooklyn headquarters and closed all three of its retail stores. A MakerBot spokesman declined to say how many MakerBot staffers lost their jobs.

“We are disappointed with our first quarter results,” said David Reis, CEO of Stratasys, in a statement. “Our industry still remains in the early phases of adoption, and our belief in the long-term opportunity remains unchanged. Despite these first quarter challenges, we remain focused on our current strategies to drive sales growth and adoption, and are committed to our multi-year investment plan. As we look to the future, the 3D printing market presents an attractive opportunity that is ripe for expansion over the next several years. We are observing an attractive pipeline of future opportunities, as lead generation is increasing. As we look forward, we continue to see additive manufacturing being used to transform manufacturing and design processes across a widening range of sectors.”