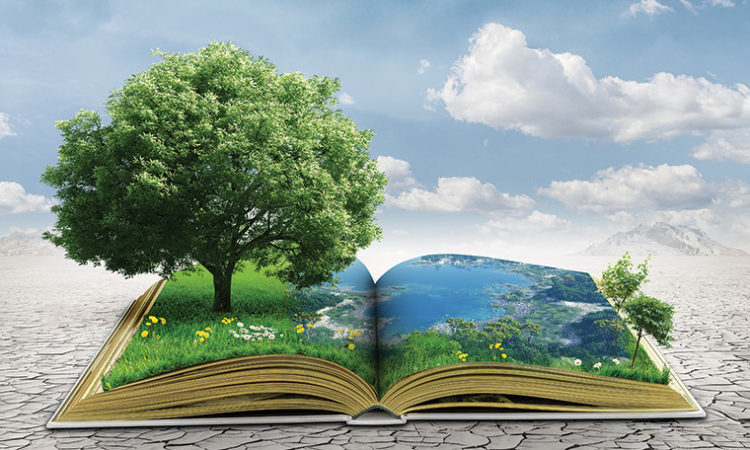 In The Achieving Society, David McClelland examines the many reasons some societies have produced a great number of scientists and entrepreneurs. His conclusion is that one human motive, the need for achievement—a desire to excel for its own sake—is a prerequisite for the development of entrepreneurs. Entrepreneurship in turn has led to rapid economic growth.

One powerful means of developing a culture of achievement is folk tales and stories told to children. The future economic prosperity of any community depends on the stories we tell, especially to the younger generation. And one promising resource that can contribute to the rapid expansion of the economy in Minnesota is the immigrant community in our midst.

A high proportion of immigrants are driven by this need for achievement—to excel, succeed, and control their own destiny. Inc. magazine reported that “despite accounting for only about 13 percent of the population, immigrants now start more than a quarter of new businesses in this country.” They embrace this more difficult path over the more traditional route of working for someone else because they feel that they simply don’t fit in or their background is not conducive to the norms of corporate life. Becoming an entrepreneur might seem a bit scary, but that pales compared to the high-risk journey many immigrants have already taken by choice or circumstance. The unpredictable adventure of business, one that can completely change your circumstances, is considered an acceptable risk.

Immigrants often see opportunities everywhere they look in a new land. They are fully prepared to work hard and long. They are willing to spend a few years of their life in a way most people wouldn’t so that their future generations can live their lives like most people can’t. It is hard work, but with that comes a total change in the trajectory of their family. Indian-American immigrant entrepreneur and venture capitalist Desh Deshpande attributes immigrants’ entrepreneurial propensity to “out-of-the-box” thinking, which he says is natural from someone who is out of the box.

A Minnesota Chamber of Commerce report captures the ways in which immigrants are assets for the state and concludes that “Minnesota’s immigrant communities are critical to the state’s economic success.” They have transformed commercial corridors such as University Avenue in St. Paul and Lake Street in Minneapolis, and are an established presence in smaller cities including Willmar, Austin, Worthington, and Faribault-Northfield.

How can this immigrant energy of achievement be channeled as an even greater resource for the development of our state? Stories!

Dr. Tea Rozman Clark, in her doctoral dissertation, gathered personal testimonies from Bosniak survivors and Dutch peacekeepers during the Bosnian genocide in the 1990s. That opened her eyes to the power and impact of first-person digital story sharing. She served refugees and immigrant populations in 25 projects in three post-conflict countries. Clark has become a storyteller of authentic, first-person, unbiased, brave stories of immigrants. She co-founded Green Card Voices, which has recorded and shared stories of 350 immigrants and refugees from 120 countries and six continents; many of them now live in Minnesota.

Lately, as negative rhetoric about immigrants has increased, Green Card Voices has shared stories to help shrink the divide between immigrant and nonimmigrant communities. Clark explains: “We want to change the narrative, often in the immigrants’ heads as well as the community around them, to a more intentional and impactful way of contributing to their new home.”

Her latest collection of personal essays, videos, and podcasts from immigrant entrepreneurs who are now living in Minnesota is on her website, greencardvoices.com.

The project offers views into the lives of people such as Tashitaa Tufaa of Metropolitan Transportation Network, originally from Ethiopia, who is now the owner of more than 300 school buses; Julliard-educated Dario Mejia from Ecuador, who founded Curio Dance in Stillwater; Ruhel Islam from Bangladesh, who owns Gandhi Mahal, the first restaurant in the Twin Cities to grow much of its own produce on-site using aquaponic methods; Batul Walji of Star Banners, born in the Democratic Republic of Congo, who sewed advertising banners for the Super Bowl in the middle of U.S. Bank Stadium; and Italian Caterina Cenaro, who owns and operates Alterations by Caterina, mastering a longstanding trade that few still know how to do.

The entrepreneurs discuss their sources of inspiration and motivation. They also outline particular hardships and opportunities of being an immigrant entrepreneur and share the greatest lessons of their entrepreneurial journeys. Many aspiring entrepreneurs, especially younger ones, will find these to be very motivating.

We hope this attempt to document Minnesota immigrant entrepreneurs provides the spark that energizes others to move beyond any self-imposed limitations and emulate these pioneers. It will accelerate the much-needed pace of planting new seeds at home.