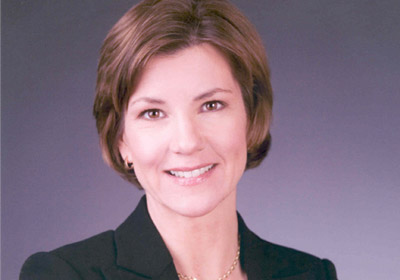 Minnesota’s Attorney General has filed a lawsuit against the Minnesota School of Business and Globe University—two for-profit schools that operate under the Globe Education Network umbrella—alleging that they misled some students, leaving them burdened with debt but without the means to repay it.

The schools counter that the allegations “could not be further from the truth.”

The schools operate campuses in Blaine, Brooklyn Center, Elk River, Lakeville, Minneapolis, Moorhead, Plymouth, Richfield, Rochester, Shakopee, and Woodbury, which is also home to their headquarters. Globe also has several locations in Wisconsin and one in South Dakota.

Swanson's allegations focus on the schools' criminal justice programs. Swanson accuses the schools of “misrepresenting the job opportunities available to their criminal justice graduates and misleading students about the transferability of their credits to other higher education institutions.” According to Swanson's office, some of those students were “saddled with tens of thousands of dollars of debt without the ability afterwards to obtain jobs in their chosen career fields.”

In a statement provided to Twin Cities Business, the schools described the AG's action as “unnecessary,” adding that it “only ï»¿serves to injure the interests of our students and tens of thousands of graduates who are gainfully employed in the communities we have served for more than 130 years.”

Swanson's office claims that the schools offer associate and bachelor’s degrees in criminal justice costing $35,100 and $70,200, respectively, and ads for the program display individuals in police uniforms. The schools recommend the program to students who say they want to become police officers, “even though it is impossible for a student who graduates from the schools to become a police officer in Minnesota without obtaining a degree from another certified institution,” the AG’s office said.

The schools responded by saying: “While it is unlikely that credits will transfer to state colleges or universities, some institutions accept Globe University and Minnesota School of Business credits. Credit transfer is always determined at the sole discretion of the receiving institution. Our admissions representatives are trained to inform students that are interested in transferring to another college or university to check with that institution prior to enrolling. This information is outlined in our course catalog and enrollment agreement.”

The schools also contend that they have cooperated with the AG's inquiry since it began last year. “The claims that our admissions practices and credit transfer policies are deceptive could not be further from the truth,” they said, adding that they do not believe that any of the students identified by the AG “used the exhaustive dispute resolution process that we make available to every one of our students.” (The schools' full statement can be found here.)

For-profit colleges more generally have been scrutinized in recent years for their ability, or inability, to prepare students for “gainful employment”—a comparison of the debt students incur and their incomes after program completion, and the rate at which enrollees repay their loans. They have been called on to track whether students can find jobs and whether those jobs allow them to repay federal student loans.

Swanson’s office pointed out that this isn’t the first time the schools have come under fire. And as Twin Cities Business previously reported, a whistleblower lawsuit recently cost Globe University nearly $1 million.