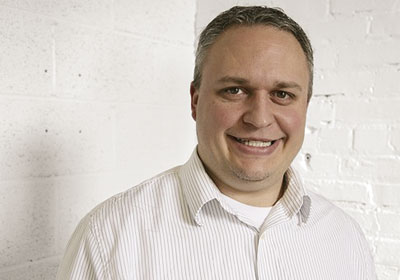 The future of marketing could be in consumers’ hands—at least in their hand motions. Early in January, Microsoft introduced Xbox Kinect, its new video game console controlled solely by players’ body motions. Jason Grey, group director for digital architecture and technology at Minneapolis marketing agency Olson, who’d heard that hackers had found ways to make the Kinect work on Macs and PCs sent out an email to all his agency’s developers, asking if anyone would be interested in playing around with it.

Tony Birleffi, a senior software engineer at Olson, was (according to the man himself) one of those “crazy enough to take on this challenge.” He and some colleagues soon created an open source software based on Kinect technology called AS3OpenNI, which is geared at making rich interactive applications through the use of what’s being called “natural interaction.” (“In other words, you,” Birleffi says.)

Olsonites have played around with the AS3OpenNI framework to create interactive installations and prototype demos. It hasn’t developed any client applications yet, but “it’s defi nitely a new tool to work with in the advertising community,” Birleffi says.

What might that look like? Nike has used natural interaction in creating a virtual reality “slam dunk” game at its store in Taiwan. But you could also imagine that, say, retail stores could create a “full-body” interactive experience for shoppers. Try on that sweater (in different colors) without going into a changing room? Why not?

Grey sees other marketing uses as well. “I think there are some very interesting applications we’re yet to see around data mining and information visualization,” he says.