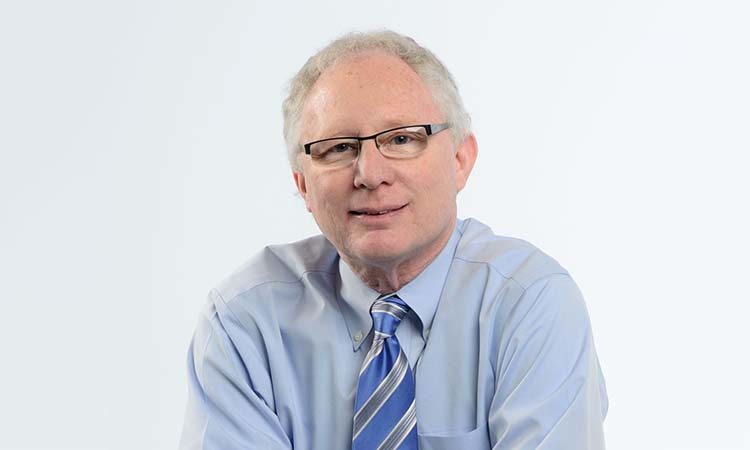 He successfully built a new business model and led a digital transformation for the news organization.
By Liz Fedor
September 15, 2022

Mike Klingensmith, who successfully revamped the Star Tribune’s business model, announced Thursday that he will retire in January as publisher and CEO of the state’s largest news organization.

On a national and local level, Klingensmith earned respect within the media industry and business community for crafting a strategy that would generate enough revenue to support a large newsroom staff that could produce high-quality, accountability journalism.

In 2010, when Klingensmith got the key to the publisher’s office in the old Star Tribune building at 425 Portland Ave. in downtown Minneapolis, he inherited an organization that had just emerged from bankruptcy and a newsroom that had been downsized through multiple rounds of journalist buyouts.

Klingensmith’s vast experience in print publishing afforded him a keen understanding of the magnitude of the challenges facing the Star Tribune and other metro dailies, who long had relied on advertisers to produce most of their revenue.

A veteran executive of Time Inc. who holds an MBA from the University of Chicago, Klingensmith looked for an intelligent and viable path forward for Star Tribune Media Co.

Newspaper print circulation and print advertising revenue were plummeting across the newspaper industry, which had severely been disrupted by the internet. Former advertisers were doing their own digital marketing, and some print subscribers were dropping their subscriptions and reading what they could find for free online.

Against this national backdrop, Klingensmith was charged with being a media innovator.

“During his Star Tribune tenure, Klingensmith steadily solidified the company’s operations and products,” the Star Tribune said in a news release Thursday. “Under his leadership, the Star Tribune diversified its revenue, maintained profitability under adverse circumstances, and achieved consistent digital subscriber growth.”

While he spent most of his professional career on the East Coast, Klingensmith quickly acclimated to his new environment. The Minnesota native graduated from Fridley High School and counted himself among the fan base of the Minnesota Twins.

“The opportunity to serve as the publisher of the Star Tribune was a chance to come home to Minnesota,” Klingensmith said in a Thursday statement. “I’ve relished the opportunities this challenge has brought—most especially the chance to work alongside so many talented and dedicated people.”

Klingensmith both seized and created opportunities to turn around the Star Tribune’s business prospects at a time when many other metropolitan dailies continued to cut staff.

An early one arose when the New York Times erected a paywall in 2011 on its website. Klingensmith quickly followed the lead of the Times. In 2011, the Star Tribune became the first major metropolitan newspaper to introduce digital subscriptions. Original journalism is labor-intensive and expensive to produce, so Star Tribune readers going forward would be paying for news through print or digital subscriptions.

Klingensmith also took advantage of the financial flexibility he was afforded when Glen Taylor bought the Star Tribune in 2014. Taylor viewed the Star Tribune as central to informing citizens about their government and other major institutions. A former state senator, Taylor wasn’t motivated to buy the Star Tribune to make big profits.

While publishers in several other U.S. cities were expected to produce double-digit profits for hedge funds and private equity owners, Klingensmith was freed from operating in that arena.

Jean Taylor, president and CEO of American Public Media Group, worked with Klingensmith for several years as a Star Tribune board member. She is Glen Taylor’s daughter.

In a 2021 Twin Cities Business story, Jean Taylor said that she and her father made only “two asks” of Star Tribune management.

“One is, make this the best news organization you can, so that Minnesota is very proud of it,” Jean Taylor said. “And two, Glen has no intention of taking any money out of this business, but he also doesn’t want to put money in. And so run it like a business. Whatever cash [profit] you create is yours to invest in the business.”

Jean Taylor described Klingensmith as “one of the best leaders I’ve ever worked with.”

“Mike has been the longest-serving publisher of Star Tribune since the legendary John Cowles—and it’s no exaggeration to say that Mike is one of the most consequential publishers in Star Tribune history as well,” said Star Tribune owner Glen Taylor in a Thursday statement. “We have a bright future ahead, and we owe that in large measure to Mike. His ability to see opportunities earlier, his optimism for the business of journalism, and his ability to lead talented teams have made the Star Tribune one of the rare successes in our turbulent industry.”

Taylor is the chairman and founder of Taylor Corp., where he derived his wealth and put him in a position to buy the news organization.

Taylor’s ownership and Klingensmith’s business leadership attracted the attention of media watchers at the national level. The Star Tribune’s transformation has been the subject of a Harvard Business School case study.

Klingensmith has been the focus of several columns by Rick Edmonds, a media business analyst for the Florida-based Poynter Institute. In a Thursday column, Edmonds wrote: “Numbers tell the story of the Star Tribune’s rise to the top rank of regional newspapers. Under Klingensmith, its newsroom has remained intact with 233 journalists. Most years its revenues have held even or fallen just 1 or 2%, as sharp revenue declines have been the norm.”

Edmonds also noted how Klingensmith sold the Star Tribune’s headquarters and adjacent lots, which allowed him to pay down debt and invest in the news organization’s operations.

Edmonds interviewed Klingensmith this week about his impending retirement and the state of the Star Tribune and news industry. Klingensmith was quoted saying “the newsroom is behind all the success we have had.” In addition to major investigative projects, the publisher said it’s important to be producing a “full range of content.”

The Star Tribune has diversified its revenue base, so it doesn’t rely simply on subscriptions and advertising in the newspaper and on its website. “We created an effective digital advertising agency, and that has contributed a meaningful amount of revenue,” Klingensmith said in the Edmonds interview.

Spencer Stuart has been hired to identify candidates for a new publisher. Klingensmith, 69, is retiring beyond the traditional retirement age of 65.

In a 2018 TCB interview, Klingensmith said he wasn’t on the verge of retirement. “I love my job,” he said in the interview. “It’s endlessly fascinating and important, in my opinion. I like working. Partly because I’ve always gotten to work on things that I’ve really liked. I’m not anxious to give that up.”

Speaking with Edmonds, Klingensmith acknowledged that high inflation and a shaky economy have created a “very rough patch” for the Star Tribune. But he’s optimistic that he and his successor will guide the company through it. He also noted the importance of Google and Meta/Facebook making payments to news content creators, including the Star Tribune.

After Klingensmith retires in January, what’s next? “I don’t think I can break myself of a 45-year habit of trying to follow everything about the news industry,” he told Edmonds. “So I expect that I will stumble into something. But not full time.”