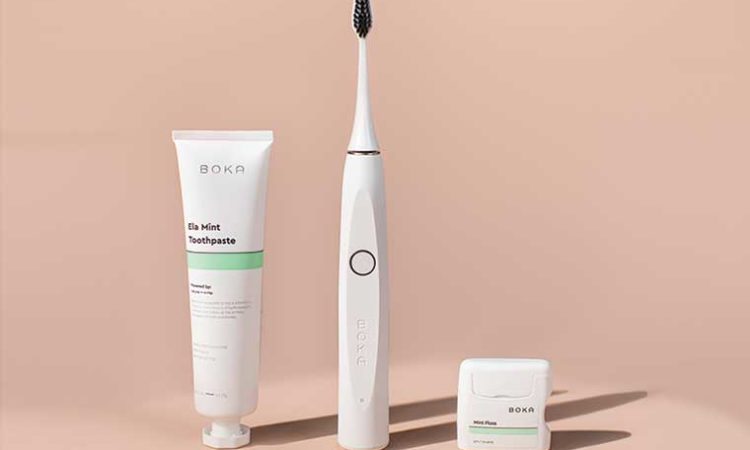 Standing on the Shoulders of Giants

Boka's modern oral care products are the next iteration of a family's commitment.
By TCB Staff
November 20, 2019

Bernard of Chartres, a French philosopher, originated the saying that Sir Isaac Newton popularized when he wrote, “If I have seen further, it is only because I have stood on the shoulders of giants.” Many entrepreneurs are building on the foundation of a previously successful company. They augment the existing business with emerging opportunities and create a dynamic new enterprise.

James Hagen, after graduating from the University of Michigan, was working at a hedge fund in Connecticut. His parents, Jim, an accountant, and Debbie, a dental hygienist, started a dental supply catalog business, American Dental Accessories, in 1994. His grandfather owned Hagen Imports, a glove and coat importer. In his youth, James had helped out in these businesses, and the entrepreneurial bug called him back home to Minneapolis.

When he returned home, he recognized that the catalog business was in need of a contemporary makeover. As someone who had suffered from an autoimmune illness during his youth, he had a strong focus on personal health. He questioned why more people were not as mindful of their own oral health. Researchers have found links between oral health, inflammation, and even fatal diseases, such as heart disease, cancer, Alzheimer’s, and diabetes. In 2000, the surgeon general referred to oral diseases as a “silent epidemic.”

Hagen knew that daily routine is critical for oral health and simple changes can have a dramatic effect. The opportunity was to provide a line of meticulously designed oral products for those who cared about whole-body health. He connected with a local creative and strategy agency, Zeus Jones, to launch Boka in 2016.

An academic study from the University of Manchester found the average toothbrush harbors 10 million bacteria. Boka offers a subscription arrangement so people can change them more frequently. The design of all its products, as well as the packaging, is smart and appealing.

Boka products are currently available at retailers like Walmart, Bloomingdale’s, Urban Outfitters, Birchbox, Best Buy, and Anthropologie, and recently started a partnership with The Standard Hotels, a boutique hotel chain, and specialty stores across the country. The company also has an agreement with Gwyneth Paltrow’s goop.

Sales are up dramatically, and Boka is profitable and forecasting $2 million in sales in the current year. Incidentally, the Hagens’ catalog dental supply business is still active and prospering.

James Hagen was on the founding team of Surge, a nonprofit whose mission is to improve access to clean drinking water for the 800 million global citizens who lack it. He sits on its advisory board and donates a percentage of Boka profits to Surge because “safe water, sanitation, and hygiene are so closely interlinked that it [is] our obligation to eliminate this global scourge.’’

Building on a settled base is a powerful way to change the trajectory of an already established practice. Such a venture not only refreshes the original entity but also appeals to a whole new set of audiences.

Several Boka products are now on the market: