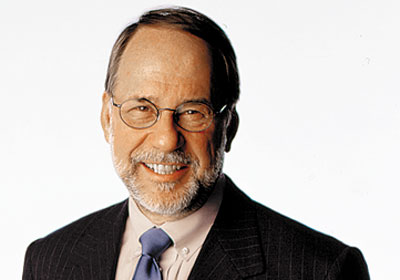 Stand in Line for the Governor

A few suggestions for priorities at the capitol.
December 20, 2012

The election last month was a glorious day for you and your party. You must have been pleased until you noticed that very long line in front of your door, down the Capitol steps, and all the way over to the restaurants and bars where the lobbyists hang out. Twenty-two years of pent-up legislative requests and state government demands will produce a throng of supplicants.

The voters of the state of Minnesota once again showed that this state can be cold on the outside but welcoming on the inside; they rejected amending the state constitution to enshrine a form of intolerance directed toward their fellow citizens. We can be a smart and tolerant people. But we can also be pushed too fast and too soon. Minnesotans in general were uncomfortable with stopping the potential social evolution of same-sex marriage by constitutional amendment. And for that reason, I would urge you not to make it your priority to allow same-sex marriage in this state without further legislative discussion.

The state laws that treat some couples more favorably than others should be changed. For example, a two-sex couple will escape all inheritance tax upon the death of one and transference of marital property to the surviving partner, but a same-sex couple will pay a penalty in the form of an inheritance tax as high as 45 percent. Ideally, marriage in its civil capacity should be equal, but marriage in its religious capacity should be celebrated in accordance with various religious beliefs.

For the 10th time in recent memory, a budget deficit is forecast for the coming biennium. Current forecasts put the deficit at approximately $1.1 billion (subject to constant revision) which does not include the approximately $2.4 billion “borrowed” from K–12 education. Last year, to solve the government shutdown, the state obligated its citizens to spend $1.2 billion to receive $700 million from the sale of tobacco payment bonds, and shifted an additional $700 million from our kids (or as they’re called by politicians, “non-voters”) to fund our ongoing operating expenses. To say that this is a bad idea is to champion understatement. Your role should be to establish the state’s most important priorities and budget to achieve those priorities with accountable metrics that can be monitored by the taxpayers whose money is being spent. The priorities you choose could be the defining legacy of the Dayton administration.

Performance-based budgeting, which concentrates resources on announced priorities, also requires that other programs be cut. Any businessperson reading this column will agree that programs (subsidies) must be eliminated because if they are merely cut down in size, they will come back like weeds in your garden. So part of your budgeting process must be the painful part of terminating some of what government currently does. You get to make that call and you are perfectly situated to do so because unlike previous governors, you are not running for a higher office and you will not be taking up residence in Iowa anytime soon.

Your outstanding commissioner of revenue, Myron Frans, has traveled the state and held more than 45 listening sessions discussing taxes with more than 6,000 Minnesotans. It may score political points, but it would be a mistake to increase nominal income tax rates; few people who employ tax advisors actually pay these rates. Higher nominal rates will deter business from coming to this state, and will encourage some individuals to take their money and leave. An increased reliance on property taxes is equally misplaced; the recent vertigo-inducing declines in real estate values should underscore the inherent instability of this revenue source.

The obvious answer to the “revenue enhancement” problem is to expand the state sales tax to include the purchases of services, clothing, and, specifically, Internet-based transactions. It is just time to frankly recognize that, while most Minnesotans understand the need for increased revenue, they will only support that if it is clearly tied to measurable state priorities.

Governor Perpich had the “brain power” state and you can have the “innovation” or “ideas” state. In truth, that has always set our state apart. We have led innovation in a number of areas, and we will do so again. This is also your opportunity to show that one-party rule can be for the benefit of all.

Many of those people standing in line at your door will likely be disappointed.

Vance K. Opperman
At the End of the Line