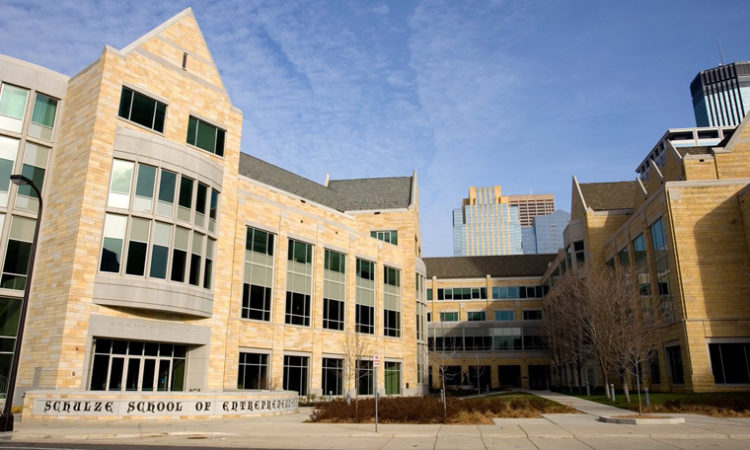 The program is aimed at students with fledgling startup concepts.
By Burl Gilyard
February 20, 2019

Business accelerator programs are becoming like startups themselves: they keep popping up, seemingly everywhere. Late Tuesday the St. Paul-based University of St. Thomas announced a new partnership with gener8tor, a growing startup accelerator. The program will be housed in the college’s Schulze School of Entrepreneurship; plans call for launching it this summer.

“We’re always trying to extend and deepen the services we provide to our students,” said Laura Dunham, associate dean at the Schulze School of Entrepreneurship. “We haven’t had an accelerator here and I always thought that was the next step for us.”

The programs will include gBETA, a free seven-week accelerator program, and gALPHA, a four-week workshop to help participants create startups with the potential for high growth. gener8tor will provide an on-campus coach as a resource. It limits the number of participants so that it can provide focused mentorship. The gBETA program is limited to five companies; the gALPHA offering will have five to eight teams.

gener8tor, which is anchored in both Madison and Milwaukee, is not new to the Twin Cities. It planted a flag here in 2016, marking its first office outside of Wisconsin. The company also has a presence in Cincinnati. It now offers gBETA programs in 15 cities in the upper Midwest, Toronto and Los Angeles.

“This is going to be one of many programs that we’ll be running out of Minnesota,” said Abby Taubner, a partner with gener8tor.

St. Thomas student Meghan Sharkus started ExpressionMed, a maker of adhesives for devices used in diabetic care, which was part of gener8tor’s gBETA program. Sharkus invited Dunham to one of her sessions at gener8tor.

“I was just so impressed with the coaching they were giving her,” said Dunham.

Just about everyone, it seems, wants to be in the business of boosting startups. The University of Minnesota announced its own new startup accelerator, Discovery Launchpad, last week.

But with the strong interest in launching companies, it can be tougher for would-be entrepreneurs to get into programs.

“On the startup side I think it’s become increasingly competitive to get into an accelerator,” said Taubner. But at the same time the total number of accelerators keeps increasing.

Dick Schulze, founder and longtime leader of Richfield-based Best Buy Co. Inc., donated $50 million to the University of St. Thomas in 2000. The donation led to the founding of the Schulze School of Entrepreneurship. Thanks to continued support from Schulze, there are no fees for students participating in the gener8tor programs.

“This is possible because we have a terrific benefactor in Dick Schulze and the Schulze Family Foundation,” said Dunham.