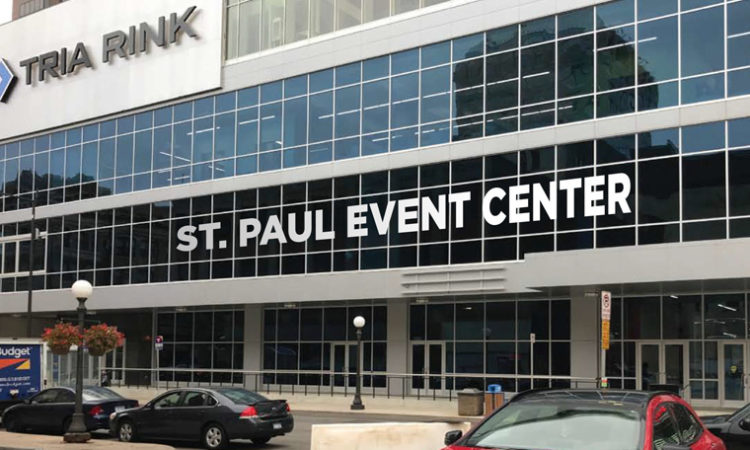 In February, a new 14,000-square foot event center is slated to open in downtown St. Paul following a $1 million remodel.

Located on the third floor of the mixed-use Treasure Island Center facility, the event center can seat up to 450 people, with standing room for up to 700 people. There’s also a separate boardroom that can be used as a bride’s room.

“The vision is for it to be utilized 365 days a year for meetings, conferences, expos, weddings, and live entertainment and music,” said Lee Oberg, the event center’s construction and design consultant.

Construction will wrap up around Feb. 3, with private events starting shortly thereafter.

Crave Catering & Events will be the food provider for major events. The venue will use its own staff for the bars.

The Treasure Island Center started life in 1962 as a Dayton’s department store building. It later changed into a Marshall Field’s store and finally a Macy’s.

Macy’s departed in 2013. Afterward, real estate company Hempel Cos. teamed up with Capital City Properties, the not-for-profit arm of the Saint Paul Port Authority, to remodel the building. The two created a joint partnership called Go Wild LLC to bring the vision of the mixed-use facility to fruition.

Through Go Wild, the Saint Paul Port Authority owns 25 percent of Treasure Island Center, while Hempel Cos. owns the rest.