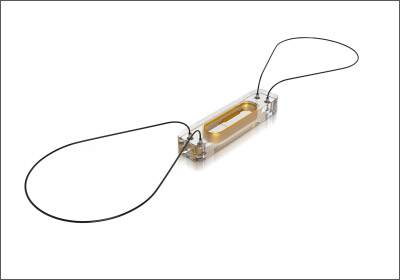 Now that CardioMEMS’ heart-monitoring technology has been approved, St. Jude is executing its option to buy the company, in which it had previously invested.
June 08, 2014

St. Jude Medical is paying $375 million for a medical device company whose technology was approved by regulators this week.

St. Jude already owned part of the company. In 2010, it paid $60 million for a 19 percent stake in the firm, saying at the time that it reserved an exclusive option to acquire the company outright. St. Jude said Wednesday that it plans to execute that option immediately, and it expects to complete the acquisition during the second quarter of this year.

St. Jude said that the CardioMEMS HF System is the first and only FDA-approved heart-failure monitoring device that has been proven to significantly reduce heart-failure-related hospital admissions. It uses a tiny wireless monitoring sensor that's implanted in patients during a minimally invasive procedure. The device transmits information from patients' homes to their doctors, allowing doctors to actively manage medications and other treatment options and reduce the likelihood of hospitalization.

To demonstrate the potential impact of the technology, St. Jude said that more than 5 million Americans have heart failure and 670,000 new cases are diagnosed annually. The direct and indirect cost of heart failure in the United States in 2012 was an estimated $31 billion, a number that's expected to double by 2030, the company said.

“The CardioMEMS HF System will not only improve the lives of patients but will also reduce the economic burden of this epidemic disease, and we are delighted to have CardioMEMS become a part of St. Jude Medical,” St. Jude Group President Eric Fain said in a statement.

St. Jude waited about four years after making its initial investment in CardioMEMS for the company's technology to be approved. The Star Tribune reported that an FDA panel gave the CardioMEMS system mixed reviews twice, but St. Jude believes a clinical trial illustrated the product's potential. The company said Wednesday that the trial showed a 28 percent reduction in the rate of heart-failure hospitalizations after six months and a 37 percent drop after 15 months.