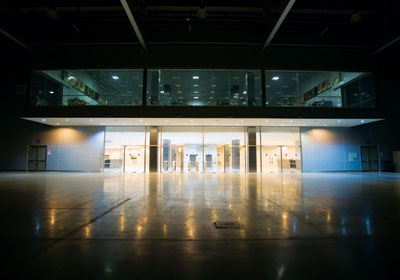 “I would say there’s more new construction activity [in industrial], and it’s probably performing a little better than the other market sectors, although certainly no sector right now is hot,” says Casey Hankinson, vice president of development for the Midwest region at Ryan Companies US, Inc., in Minneapolis. “That’s typical with industrial. It never seems to get too high or too low, but it kind of stabilizes.”

Jason Meyer, senior vice president of industrial brokerage services at Cushman Wakefield–NorthMarq in Bloomington, says he sees activity in all sectors of industrial real estate, including office showroom, office warehouse, and bulk warehouse properties. He explains that positive absorption (more space being leased than being vacated) has outpaced negative absorption for more than 12 months. At the same time, real estate speculators haven’t built any new properties for several years because of the recession. That means every time a business rents or buys a property now, the number of available options drops for everyone else. Some companies are even building new industrial space because they can’t find what they’re looking for. Hankinson says industrial is less cost-prohibitive than other types of commercial real estate, since it doesn’t have all the expensive finishes and constant remodeling requirements of, say, office space. That makes it more steadily appealing for both investors and tenants. It’s also the last thing to be cut in difficult times.

“I think it’s the core of many companies,” Hankinson says. “It’s more than just space; it’s the heartbeat of their organization. Offices can come and go, but industrial facilities usually stay.”

One particular type of industrial property is generating the most activity right now, experts say: bulk warehouse space with 32-foot or higher clear height. Steven Buss, executive vice president for CBRE Group, Inc., in Bloomington, says more and more distributors are retooling to maximize their use of vertical space, so they require taller buildings.

“I think people have not done it so much the last three years because it’s been a soft economy and they haven’t wanted to spend the money on making the change,” Buss says. “When you do it, there’s an expense. You have to buy new forklifts and new racks. But now the trend is very clear. I expect, going forward, that you will not see distribution buildings built in this market that are less than 32-foot clear. And a lot of the office warehouse product will be 24-foot clear.”

But this new, more desirable type of warehouse space is currently hard to come by. “[The Twin Cities] did not have any overbuilding on the front end of this recession,” says Mark Sims, senior vice president and principal at Cassidy Turley in Minneapolis. “Typically, the bigger bulk product warehouses are the products that get built on a speculative basis. But we had very little to speak of as we went into the economic downturn. So once the market got some traction behind it, there just wasn’t a deep pool of existing 24- and 32-foot clear height buildings in the marketplace. There’s a lack of good institutional-grade or functional 100,000-square-foot pockets of property and above.”

This was not the case in some other large metropolitan areas, Sims notes. For example, Chicago was flooded with spec industrial buildings before the downturn; as a result, the city is still experiencing a high level of vacancy.

The Twin Cities’ more positive position may lead to speculative building in the near future. “Right now, there’s some build-to-suit activity, and that’s giving some confidence to some of the local developers,” Sims says. “I would predict that by the second quarter of next year, we’ll have one, potentially two, bigger bulk spec projects that will break ground in the northwestern suburbs of our marketplace. It’s a matter of available land, combined with great roadways and access and labor.”

Dave Jellison, vice president and city manager at Liberty Property Trust in Eden Prairie, says his firm has just sold a site in Rogers to a firm called Medline. “I believe it’s 37-foot clear, a distribution center for their products,” he says. “That’s high for Minnesota. They have the capacity, apparently, and the product type, so that they can stack it higher. If you can stack it three or four or five heights high—and the product type dictates that—then you can get a lot more in a 300,000-square-foot building than you can in one that’s 24-foot clear.”

Other types of industrial space are still easier to come by than high-clear warehouses, but the supply is steadily shrinking. “No matter what sector you’re looking for, whether it’s office showroom, office warehouse, or bulk warehouse, your options used to be twice what they are now if you rewind about three years ago,” Meyer says. “Let’s say that you’re a 10- to 15,000-square-foot user looking for showroom space. You probably have three or four options within a submarket that you want to be in, whereas two to three years ago, you probably had six or seven options. Of these, there might be one or two of them that you really like. Once the quality is gone, that’s when you’re going to start to see new construction.”

But who’s buying and leasing these industrial properties? Who has the confidence to make those investments? Meyer says in general, it’s companies that have been rebounding slowly and conservatively, and are finally in a position to take advantage of the softer real estate market.

“Especially in the showroom market, if you’ve been in the same building for the past 10, 12, or 15 years of your business life, you may have grown inefficiently in that building,” he says. “So you want to make sure to get out and take advantage of the market when it is a bit softer, because you’re going to get some free rent to offset the moving costs. A lot of those companies have finally decided, ‘I’m going to go do this now before I miss this opportunity.’”

Some companies are even choosing to buy rather than lease, says Judd Welliver, a senior associate with Colliers International in Minnetonka. It’s not necessarily that they think the economy is going to snap back to its previous vitality; it’s just that they’ve weathered the worst of the storm and feel more certain that they will be around for the long term.

“People always wanted to own their own real estate, and that shut down for a little while just because of confidence,” he says. “Now the confidence is back. I’m working with [the owner of a] granite company that’s been around for 10 years. He told me, ‘For the first five years of my business, I did not know if I was going to need less space or more space. Now I feel confident that I’m going to need this exact amount of space for the next 25 years.’”

Better financing options are sweetening the deal for first-time buyers. “A lot of these people are doing SBA financing, which limits the amount of down payment you have to do, and has become a pretty good option for some of these owner-users,” Welliver says. “I can tell you myself, in 2008, 2009, and 2010, I probably sold six owner-user type buildings total. And this year alone, I’ve sold six.”

“I think it’s a pretty well-balanced group of companies in many different industries,” Meyer says. “That, I think, is why it’s positive.”

Unfortunately for some owners, one sector of the industrial real estate market has so far been left behind in the recovery.

“We’re still a ways off from being very healthy, because right now the real estate market is about the ‘haves’ and the ‘have nots,’” Hankinson says. “People with good locations, good buildings, probably haven’t seen much vacancy or much dip in their portfolio, whereas buildings that are challenged by either clear height or access or other problems still have a long way to go.” Jellison says many Twin Cities industrial buildings are out of date. They’re extremely energy inefficient, don’t have a good footprint, and don’t have desirable clear height. If these functionally obsolete buildings are well located, sometimes they can be rented for a good price despite their flaws.

“I think eventually, the idea will be to tear down those buildings and build new buildings,” Jellison says. “But that gets pretty costly when you have to buy an existing building and then you have to tear it down. Then your land base is pretty high. So it’s going to be a while before anyone starts doing that.”

Welliver isn’t sure if these out-of-style buildings will be scrapped, renovated, or simply abandoned. He sees their continued existence as a small red flag in an otherwise positive market.

“The thing is, we’re having more and more of a glut of unfunctional real estate,” he says. “So yeah, I do think there will continue to be development, and I don’t think we’re too far away from seeing some spec development from industrial. But that doesn’t mean that we’re looking so fine and dandy, because the reason for that is because of the demand for a certain type of product, not because there’s no space available out there.”

But there may be a solution for some of the better-situated properties. Buss says there is a strong trend toward refurbishing some of these functionally obsolete industrial spaces into single-story office buildings. “If they’re sort of low-finish and in a good spot, they tend to stay leased, even if they might be 20-foot clear,” he says.

Owners of atypical or quirky businesses who can somehow configure their companies to use space that would be undesirable for other firms may get the best deal of all in the current industrial real estate market, Buss says.

“These older buildings in off locations with bad access and functional obsolescence—those are the real challenges in the market,” he says. “I guess for users, those would be the most cost-effective options. They’re the best economics in the market, and they will be good deals for users that can be there and use them.”