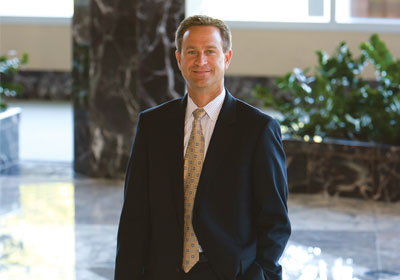 A vice president of information technology for Carlson, Bill Baltes receives his share of inquiries from IT suppliers trying to get a foot in the door with the global hospitality and travel firm. While such vendors might have viable products or services, it’s challenging for Baltes to carve out time to discern whether they have the necessary experience to serve his multibillion dollar company.

That’s one reason Baltes was happy to attend the inaugural Minnesota Supplier Showcase in May, an event sponsored by the Itasca Project in partnership with the Minnesota High Tech Association (MHTA). The showcase represented the first step in an initiative by Itasca—a group dedicated to increasing jobs and economic competitiveness in the Twin Cities area—to more efficiently connect the region’s small and growing companies with larger businesses.

The event featured presentations by nine small regional IT and computer services suppliers. They were chosen based on the quality of their products and services, a proven ability to serve larger companies, their management teams, stability of offerings, and more, says Chris O’Connell, an Itasca member and executive vice president and group president at Medtronic.

Representatives of sourcing departments from General Mills, Target, UnitedHealth Group, Ecolab, U. S. Bank, the City of Minneapolis, and other organizations attended the event, which also featured networking time.

For Baltes, the showcase provided a schedule-friendly way to discover local companies with a proven track record for serving larger companies. “I’ll get calls from smaller suppliers, but the question is, is it just one guy working out of his home, or does the company have experience scaling to serve a larger organization?” Baltes says. “If we were to hold separate meetings at Carlson with each of 10 prospective suppliers, it’s probably an investment of at least 10 hours. This event happened in one afternoon, and forced the presenting companies to very succinctly articulate their value propositions.”

One of the showcase presenters was Sajan, Inc., a Wisconsin-based language translation company that piqued Baltes’s interest. “We were in the midst of looking at providers to do language translation on our e-commerce sites, so I was able to have an in-depth conversation with the CEO about the company’s services,” Baltes says.

The idea for the showcase grew out of discussions between an Itasca job growth task force and area small business leaders who described the challenges of getting access to large local companies. Itasca opted to highlight IT industries and partner with MHTA for the initial showcase, but the intention is to expand the concept to other industry categories.

“Establishing one or two meaningful relationships with large companies can be a company-making event for an emerging business,” says Michael Gorman, an Itasca member and managing director of Split Rock Partners, a venture capital firm in Eden Prairie. “It can make the difference in securing an additional line of credit, attracting additional capital, scaling an operation, and playing at a world-class level.”

In meetings prior to the showcase, supply chain executives of large firms asked Gorman if there were world-class IT companies in the region they weren’t yet aware of. He was quick to reassure them. “Through my job as a venture capitalist, I work with a lot of terrific local companies that haven’t yet had an opportunity to sell to or partner with some of the leading businesses,” he says.

Such connections also can be an engine for regional job growth, O’Connell says. “Our research has shown the vast majority of future job growth opportunities in the Twin Cities will be in the entrepreneurial community and small business,” he says.

“If the largest companies in Minnesota move even 1 percent of their high-tech IT spend to a small Minnesota-based company, it probably wouldn’t disrupt their supplier lines with larger vendors they’re already working with, but could have an economic impact of thousands of jobs in the state,” says Margaret Anderson Kelliher, president of MHTA.

Although some suppliers in the showcase have Fortune 500 clients elsewhere, they may not be on the radar of local firms, Gorman says. “It’s often difficult when the world is beating a path to the door of these larger companies for local suppliers to get their foot in the door at the same time,” he says. Conversely, Itasca believes sourcing managers in large companies will appreciate having a filter like the showcase to help them identify likely local suppliers.

Not surprisingly, the showcase suppliers welcomed the exposure to large companies. Jennifer Simon, a senior sales executive at Edina-based ILM Professional Services, a company that builds custom business applications and interactive projects for clients, says it’s not always easy to get the ear of bigger firms.

“In the IT space, large companies don’t always open up their vendor list to new suppliers,” Simon says. “The showcase was a good opportunity to get introductions to new companies.” Simon says she received “three or four” solid leads following the event, including an opportunity to expand business with an existing client.

“At this point, our product seems thave caught on better in areas outside of Minnesota, so the ability to reach some of the larger companies in town has been a priority for us, and the showcase certainly helped with that,” says Steve VanTassel, CEO of Minneapolis-based Packet Power, which helps companies improve the energy efficiency of their data centers.

Another part of the initiative is a supplier referral library, an Angie’s list–like database where sourcing executives from large companies can note their experience with small suppliers. In its research for the project, the Itasca job growth task force heard repeatedly from supply chain executives that such a resource needed to be more than a simple list. “Instead, they wanted a short cut and filter to find the top-quality vendors in specific categories,” Gorman says.

Some believe as it develops and matures, the supplier referral library may have value that surpasses the showcases. “The library may be the more scalable opportunity over the long term, creating an online community that can access and share referrals of regional suppliers,” O’Connell says.

Itasca provided a starter version of the library to the showcase attendees in a booklet that included the showcase companies and 71 others that had applied to take part.

“Those who didn’t get a chance to present at the showcase had an opportunity to describe their services and list their key clients in the booklet, and that gave me additional information on some companies I wasn’t familiar with,” Baltes says.

Though the Itasca Project’s goal for the bridging initiative is to stimulate small-business growth and add jobs to the region, the effort is far from charity. “These have to be win-win business relationships to make the process work,” Gorman says. “We wanted to create a select list of local suppliers with demonstrated ability to serve large enterprises, who, given a fair chance, might win their share of business with those big companies.”

Itasca plans to survey both showcase suppliers and “shoppers” in six months to track activity and business generated from the event. Additional showcases are being planned. Gorman says other small-business categories being considered for showcases include advertising and marketing and architectural services and construction.

He adds: “The moment of truth will be whether major company executives find the initiative valuable and worth their time in discovering potential new opportunities with smaller suppliers, and early signs are the answer to that question is yes.”