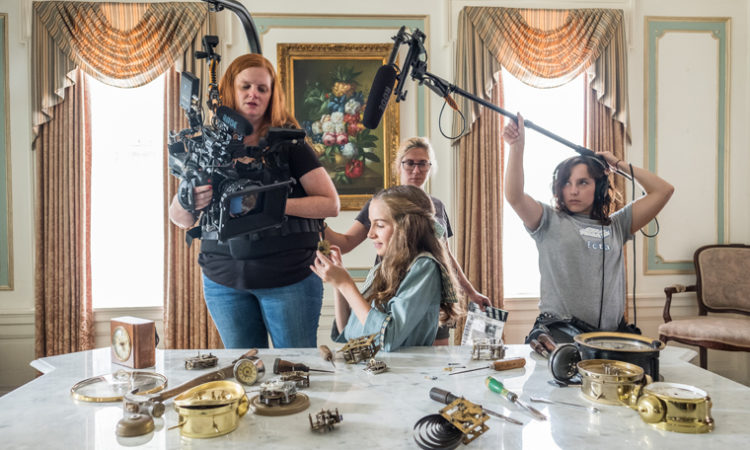 Filmmaker Maribeth Romslo, on the set of Spark Moments. Photo by Caroline Yang

Sparking Interest in STEM Among Girls

Filmmaker Maribeth Romslo strives to engage young women through storytelling to show them the possibilities in male-dominated fields, from science to movie making.
By Maribeth Romslo
October 11, 2018

I believe in stories because stories connect us. They help us understand each other and cultivate empathy. And I believe that stories have the power to change the world.

So let me tell you a story about how experiencing a brain injury led me to my mission and purpose as a female filmmaker.

Five and half years ago, after the birth of my daughter, I experienced a very rare postpartum condition that led to my brain swelling. For 3 months I had terrible headaches, I had trouble recalling words, and my balance was totally off. My neurologist assured me that the swelling would subside and I would return to normal. Medically, that happened (I think!), but the experience was a big wake up call for me and led me down a path that changed me forever.

At this point in my career, I was a successful photographer. My work was in Martha Stewart and Real Simple. My business was booming. But truthfully, I was in a creative rut and I was in this secret love affair with the world of moving images. For a long time, I thought and talked a lot about making films, but didn’t actually do much about it.

My adventures in brain damage helped me summon the courage to take the leap. I closed my photography studio and started making movies. Really terrible movies at first. But with every movie I made, I learned. That’s the only way to grow, by diving in and doing. 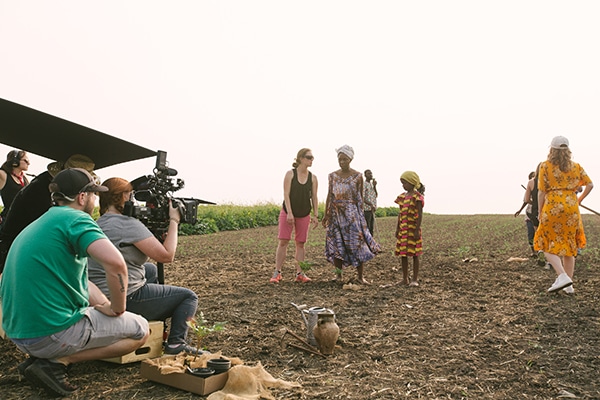 One day a short film project fell in my lap, to which I said yes. And then that short film turned into a feature film. And because I didn’t know any better, I kept saying yes.

Before I knew it, I was on set directing a cast and crew of 40 people, all looking to me as if I knew what to do. Directing a feature film is like having another kid: it’s beautiful, messy, exhausting, and rewarding—all at the same time. We built a little production family while making this film. Dragonfly played at festivals across the country and is now streaming on Amazon.

One of the biggest impacts from my experience directing Dragonfly was realizing that it was actually super rare to be a woman at the helm of a feature film. In Hollywood, women make up only 7 percent of directors. The American Society of Cinematographers has approximately 340 active members. Only 4 percent of them are women. 2018 was the first time a woman was nominated for an Academy Award in cinematography (Rachel Morrison for Mudbound). It’s not just behind the camera. Women make up only 30 percent of on-screen speaking roles.

Think about that. We make up half the world and we drive 85 percent of all consumer purchasing, yet we are quiet on the silver screen. The reality is that when women lead, diversity in casting and hiring improves. I led the making of Dragonfly with two female producing partners. Our cast was 50 percent women, and so was our crew.

My passion project the past few years is called Spark. It is a series of short films that aim to inspire girls in STEM (science, technology, engineering, and mathematics). My first film in the series, Amelia, premiered at Toronto International Film Festival and screened at the Minnesota Science Museum and New York Hall of Science as part of girls in STEM leadership events. I’m so proud of this project because its mission helps drive change in industries with historically terrible numbers for women. By engaging young women through storytelling, they can see that they belong on the screen, in STEM fields, and behind the camera.

To celebrate International Day of the Girl on Thursday, Oct. 11, I am proud to present another film in the series, called Spark Moments. The five-minute short brings to life real-life pioneers in STEM at the beginning of their journey, when they first felt empowered to explore their interests and pursue their dreams. I wrote and directed this film because I believe that “spark moments” are defining steps in the development of girls as lifelong leaders and innovators.

“Lemonade out of lemons” has a better ring to it than “passion out of brain damage,” but I’m grateful that life has brought me to a place where I’m hustling harder than ever to make work that matters.

I believe that we are the stories we tell. And I want to empower girls and women to be the heroes of their own stories. I’m committed to using my voice to help change the game for women in film. I have learned that when women lead, their representation on screen and behind the camera improves dramatically. By making films with this in mind, my hope is that someday, being a female filmmaker won’t be a rare thing at all. 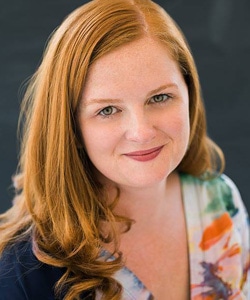 Maribeth Romslo is a director, cinematographer and producer who believes that stories have the power to change the world. Her feature film Dragonfly was selected for “Best of the Fest” at the Minneapolis St. Paul International Film Festival. In 2015, she produced a feature-length documentary, Our Journey Home, about how home shapes us, with celebrity narrator singer-songwriter Jewel. She recently directed and produced Handmade*Mostly, an original web series about creative women in the Midwest that she created in collaboration with Reese Witherspoon’s media platform, Hello Sunshine. She is currently working on a documentary with students at Marjory Stoneman Douglas High School in Parkland, Florida about the power of young voices.