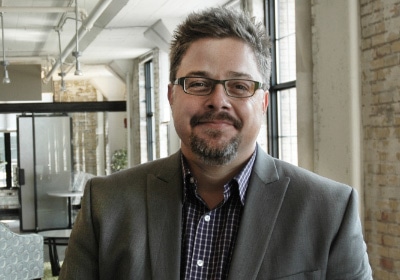 Marcus Fischer, who previously worked for Carmichael Lynch before joining Space150, has returned to the agency as part of its management team.
August 17, 2012

The move marks Fischer’s return to Carmichael Lynch, where he previously held a senior-level position in the agency’s brand planning department before leaving in 2008 to become president, and later CEO, of Space150. Prior to his first stint at Carmichael Lynch, Fischer held roles at Minneapolis-based Fallon, as well as his own firm, One and All.

Under Fischer’s leadership, Space150 grew from 70 employees to 140 in three offices across the United States, according to Carmichael Lynch. During his tenure, Space150 was also named the “2011 Small Agency of the Year” by Advertising Age.

A Space150 representative was not available Monday afternoon to discuss the company’s succession plans.

Fischer assumes his new role on August 13 and will report to CEO Mike Lescarbeau. He will oversee product development, user experience, marketing analytics, and brand strategy for all clients, including Subaru of America and Jack Link’s.

“We have extraordinarily high expectations at Carmichael Lynch for creating work that inspires,” Lescarbeau said in a statement. “Performing at this level requires exceptional leadership and talent. Marcus has proven his world-class abilities time and again, and we’re fortunate to attract him back to Carmichael Lynch.”

The chief strategy officer position that Fischer will occupy is new to Carmichael Lynch—and it represents the second senior-level appointment made by the company in recent weeks. Stacy Janicki began her role as director of account management and senior partner on July 30.