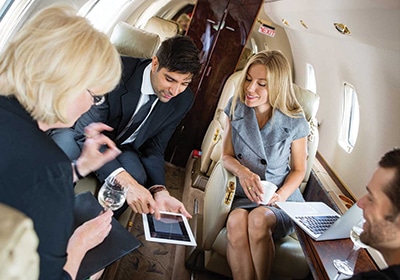 Billed as “the country club for people with more money than time,” it’s web-only and costs $9,000 to join. As far as social networks go, Minneapolis-based Netropolitan Club is a far cry from being the next Facebook or Twitter. In that regard, its rollout has gone according to founder James Touchi-Peters’ script.

Netropolitan’s mid-September launch attracted plenty of publicity. It also was the target of a massive denial-of-service attack that promptly booted the site off the web for more than two weeks. Because of that, it’s too early to analyze Netropolitan’s business model, Touchi-Peters says. “It appears that this is going to work,” he says, “but we have no definitive answer.”

Touchi-Peters, a former Minnesota Philharmonic Orchestra conductor, is mum on certain details. He won’t describe efforts to make sure the site is secure, how many members it has, those members’ backgrounds or the size of the company. The $9,000 members must pay up front includes a $6,000 nonrefundable initiation fee and a $3,000 membership fee that will recur monthly. The fees amount to Netropolitan’s only income, Touchi-Peters says, making it possible for it to be ad-free. Netropolitan does share one commonality with other networks: Touchi-Peters says photos of children and posts about vacations have been the norm so far.

Though Netropolitan’s fees and its focus on well-to-do members may have created buzz, those who analyze the spending habits of high-net-worth consumers wonder whether such a site is even necessary. Milton Pedraza, CEO of the Luxury Institute, a New York City research firm, says Netropolitan’s benefits need better articulation. Few among the wealthy or ultra-wealthy want to engage for an extended amount of time in the virtual world, he says, particularly given the demands of, say, running a company. “Unless there’s a compelling reason to join,” Pedraza says, “it’s going to be tough to get people into a Facebook with their time constraints.”

That also may make Netropolitan’s fees a turn-off even for those more than capable of covering the costs, Pedraza suggests.