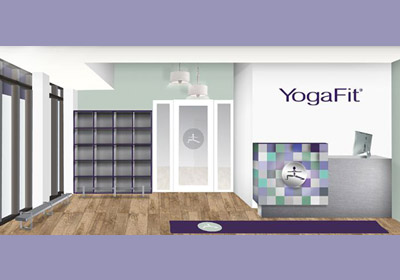 The parent company of Snap Fitness said Tuesday that it’s rolling out a 24-hour yoga franchise called YogaFit Studios—with plans to add 1,000 locations in the next five years.

YogaFit training, which certifies instructors, was founded in 1997, and Lift Brands landed a licensing deal with the company just last year, setting the groundwork for the franchise concept. Lift Brands said franchisees can open a studio for as low as $80,000, which it characterized as significantly cheaper than most competing concepts. The first location is set to open next month in Excelsior.

“Our goal is to open 1,000 domestic studios over the next five years offering the independent yogi, yoga instructor, or wellness entrepreneur the opportunity to own a meaningful slice of the yoga business worldwide,” Lift Brands founder and CEO Peter Taunton said in a statement. “We are confident yoga is here to stay and we are targeting aggressive expansion.”

While the 1,000-location goal may sound lofty, Taunton is no stranger to growing franchises. The winner of an Ernst & Young Entrepreneur of the Year Award, he founded Snap Fitness in 2003 and has helped expand that business to have roughly 2,000 clubs either open or in development in 15 countries.