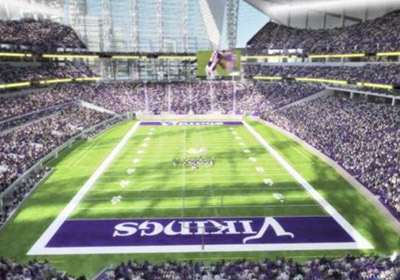 Decision sidesteps any concern about the new stadium being run by AEG, which is tied to conservative billionaire Philip Anschutz.
September 04, 2014

The Minnesota Sports Facilities Authority (MSFA) has awarded Pennsylvania-based SMG a contract to run the new Vikings stadium when it opens in 2016, passing on several other companies in the competitive bidding process, including Los Angeles-based AEG, which currently operates the Target Center in Minneapolis.

As MinnPost reported earlier this month, at least one local politician expressed concern about the possibility of the new stadium being run by AEG, a wholly owned subsidiary of Anschutz Company, which is run by conservative billionaire Philip Anschutz. He is well-known for quietly putting his money behind national groups that support conservative causes and oppose gay marriage.

Anschutz’s political beliefs haven’t gotten in the way of AEG’s operation of more than 100 stadiums around the country and world, company officials noted at the time. But the MSFA’s deliberations came at the same time the Vikings were under scrutiny for allegedly fostering an intolerant, homophobic training environment.

The Vikings have suspended special-teams coordinator Mike Priefer for the first three games of the regular season for a homophobic remark made in 2012 in front of former punter Chris Kluwe, an outspoken proponent of same-sex marriage.  Late last week, Kluwe and the Vikings reached a settlement over the terms of his release from the team in 2013, which Kluwe initially said was because of his support for same-sex marriage.

In awarding the 10-year contract to SMG Friday, the MSFA said the company manages four NFL stadiums and has hosted nine Super Bowls over the years — a critical asset as Minnesota prepares to host the 2018 Super Bowl in the new facility.

“SMG represents a number of public agencies like ours and has a proven track record of fiscal success which will help take advantage of this new venue,” MSFA chairwoman Michele Kelm-Helgen said in a statement.

The MSFA also announced Friday that the the Vikings will increase their contribution to the stadium to help deal with “budget challenges” — including extra costs from freight elevators, escalators and stadium’s large front doors — according to a release.

The team will now kick in an additional $49 million to the project, bringing its total contribution to $526 million. The state’s contribution will remain the same, as will the $150 million going to the project from the city of Minneapolis.